As per the latest updates, Rhea Ripley has disclosed her ongoing injuries. Recently, she responded to a fan on social media who questioned her about her injury sarcastically. The Eradicator mentioned she is suffering from two injuries to the brain and teeth.

Rhea Ripley is dealing with a brain injury. pic.twitter.com/x24PkPEpTZ

Earlier, Rhea Ripley posted a picture of her teeth with braces after she took a knee during a live show. Although Ripley is posting pictures online, WWE has sidelined her until she recovers fully. Moreover, she has already hinted at her return. Meanwhile, WWE has replaced Rhea Ripley with the former WWE SmackDown Women’s Champion to face Bianca Belair for the Raw Women’s Champion at Money in the Bank next week. 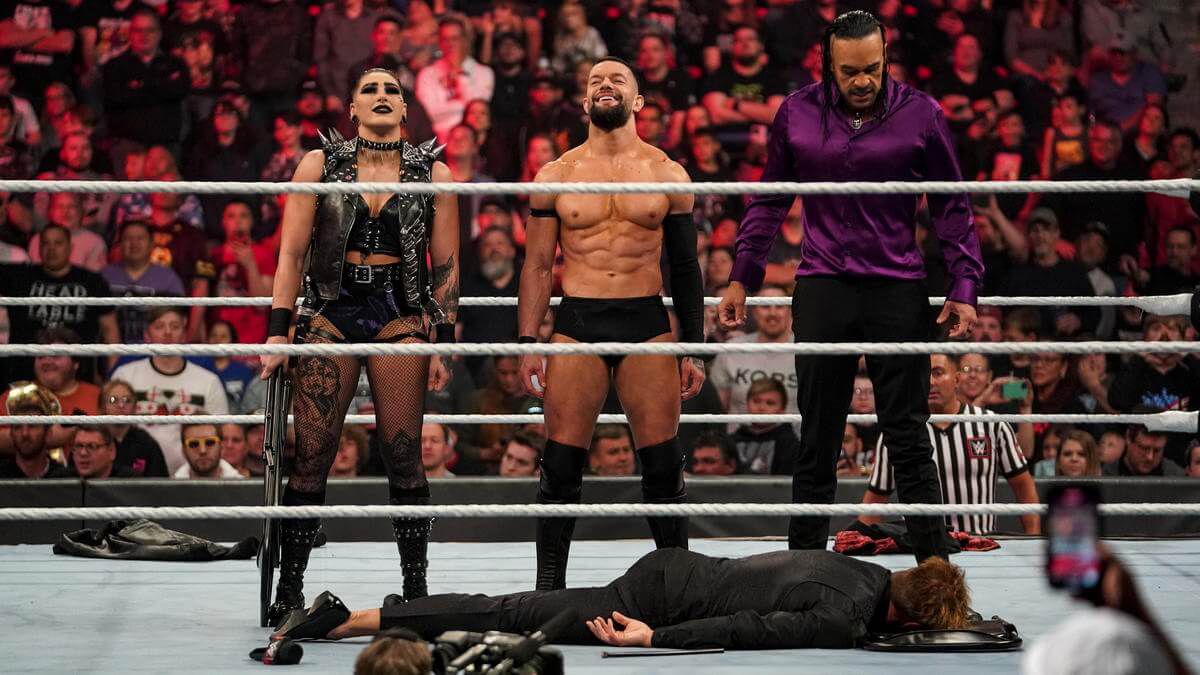 Currently, the former Raw Women’s Champion is a part of the Judgement Day faction who destroyed the Master Manipulator Edge a few weeks back. She has aligned herself with Finn Balor and Damian Priest who work together to bring justice for themselves in the Raw locker room.

On the recent episode of Monday Night Raw, the Raw Women’s announced Rhea Ripley was injured and not medically cleared to compete at Money in the Bank. Later, she announced a fatal 5-way match to determine her next challenger to defend her Raw Women’s Title.

Can Carmella defeat Bianca Belair to earn her first Raw Women’s Title match? Tell us in the comments.