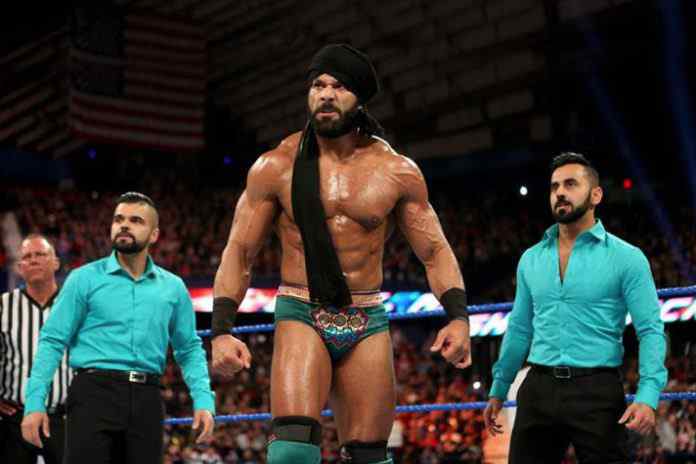 WWE and Sony Pictures Networks India have announced the return of WWE LIVE to India with two shows in New Delhi at the Indira Gandhi Indoor Stadium on Friday, December 8, and Saturday, December 9.

Ticket information will be released in the coming weeks.

“It is an honor to represent the people of India every time I step into the ring, and it will be a true privilege to perform for them live,” said Jinder Mahal.

“WWE enjoys a large, dedicated following in India, with the highest TV viewership after only cricket,” said Mr. Rajesh Kaul, President, Sports and Distribution Business, Sony Pictures Networks. “We are delighted to announce to our loyal fans the return of WWE LIVE, presenting them with an opportunity that will take them closer to their favorite WWE Superstars.”

“Following overwhelming demand from our massive and passionate fan base in India, we are excited to bring WWE LIVE back to New Delhi for two shows of spectacular, non-stop, family-friendly entertainment,” said Sheetesh Srivastava, Vice President and General Manager, WWE India. “I know our fans cannot wait to fill the Indira Gandhi Stadium and welcome back their favorite WWE Superstars.”