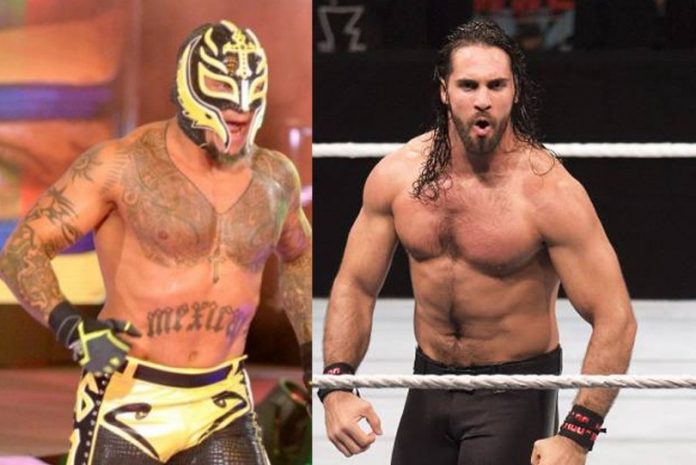 WWE Extreme Rules 2020 Predictions: WWE’s upcoming PPV, The Horror Show at Extreme Rules is scheduled to take place on July 19, 2020, at the WWE Performance Center in Orlando, Florida. It will be the twelfth event under the Extreme Rules chronology, and the first to have an altered title. Extreme Rules will be full of destruction and grudge. As of now, we have confirmation of six incredible matches which will take place at this event.

Apollo Crews will defend his United States Championship against MVP and the winner will hold the brand new United States Championship. Rey Mysterio will go one on one against Seth Rollins in a stipulation match “An eye for an eye” and tries to end his rivalry with Rollins after this match. The old companion Bray Wyatt and Braun Strowman will face each other in a non-title Swamp Fight. It could be the most terrifying match of the night.

This match could be the main event on the Horror Show at Extreme Rules. When the two old friends will face off each other in a stipulation match for WWE championship. As the Challenger Dolph Ziggler will choose his stipulation type on the match day, but based on his past performances there are chances that he will choose steel cage match or Ladder match. But whatever the stipulation is, the Champion Drew McIntyre has made it clear that his dominance reign in WWE has just started. And it would be difficult for the challenger to defeat ‘the Scottish Psychopath’ who has already emerged victorious over the likes of Brock Lesnar, Big Show and Seth Rollins.

My Prediction would be that McIntyre will retain his title in a steel cage match in an astonishing match and continue his dominance on the red brand.

‘The Empress of Tomorrow ‘ Asuka will defend her women’s championship against the Smackdown’s one half of the tag team champion ‘the boss’ Sasha Banks. The two of most decorated superstars in women roster. During this match, both the brand’s reputation will be on the stake. The stipulation for the match is that the winner will take it all. It means the winner between the two will take both titles. Will Banks become a double champion or Asuka continue her dominance on the red brand.

My prediction would be that Asuka will retain her women’s title against Sasha Banks and her supremacy will continue on the red brand.

After introducing the brand new United States Championship last week on RAW, MVP has clearly challenged Apollo Crews for the United States Championship on the Horror Show at Extreme Rules. This match will go to be a nail-biting as the current champion Apollo Crews will be seeking the answers for his insult throughout this feud from MVP in this match. But the current situation suggests that MVP has the upper hand on the title. Since there are chances that Bobby Lashley will help the MVP in this battle from the ring corner and try to distract Crews so that he loses his concentration and lost his title.

My prediction would be that we will see the new United States Championship with a brand new championship. And MVP will continue his mind games after a decade in WWE.

The current SmackDown Women’s Champion and one half of the tag team champion Bayley will set to defend her Women’s title against Nikki Cross. Bayley will be in great pressure for this match as Nikki Cross’s madness has already made her to lose against Asuka in a non-title match last week on RAW. But this time Bayley will be ready to destroy Cross in half and retain her championship.

And my prediction would be that Bayley will defeat Nikki Cross in a closing contest and continue her run on the blue brand.

When the two old companions face off each other in the most terrifying match of the night in a Swamp Fight. In this dreadful battle, there will be alligators which makes this match more noxious. In this match, Wyatt will use all his superstitious and maniacal skills to beat Braun Strowman. But the monster among men would not mind to end the maniac of Wyatt and stand tall over him. As both, the superstars are known for playing mind games and destroying their opponents. But this time old brotherhood will do the same for each other.

And my prediction would be that Strowman will end the maniac of Wyatt and end the chapter of their story also.

It is finally happening. Seth Rollins and Rey Mysterio are all set to settle scores against each other at the WWE Extreme Rules which is now called The Horror Show at Extreme Rules. Interestingly, it is not the usual one-on-one match but a bizarre kind of stipulation match instead. The two will not lock horns or hands instead they will be locking eyes. This stipulation match is called as’ An Eye for an Eye’ match which left everybody astounding. WWE has confirmed that you have to pull out the other person’s eyeball with your hand to score the victory.

But more importantly, this might be the last match of Mysterio’s wrestling career with WWE. And by settling the score with Rollins in this match he will end his rivalry with Rollins and we may see the new era of Mysterio’s son Dominick Mysterio in WWE.

And my prediction would be Rey Mysterio will defeat the Rollins with the help of his son Dominick and end his wrestling career with this win. And set the new platform for his son Dominick in WWE.