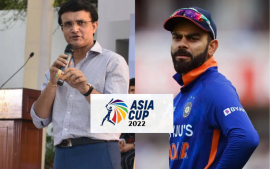 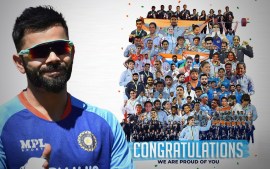 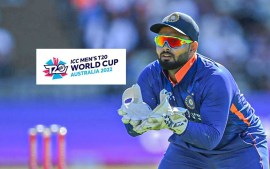 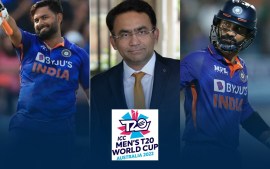 WTC Final Live: Virender Sehwag tips Rishabh Pant to take India through with exciting batting: The wickets of Virat Kohli and Chesteshwar Pujara early on the Reserve Day in the World Test Championship (WTC) final between India and New Zealand did not dampen the optimism of Virender Sehwag. The former India opener believes Rishabh Pant can still change the course of the game with his exciting batting style.

“The most exciting Test player in the World is out there in the middle. Next 20 overs will decide the match. #ICCWTCFinal,” tweeted Sehwag. Pant came out to bat in the 38th over as India was reduced to 72/4 in the second innings and the batter was dropped by Tim Southee off the bowling of Kyle Jamieson. At that time, Pant was batting on five. He looked to make the most of it and kept picking singles and the odd boundaries against a very disciplined Kiwi bowling attack.

WTC Final Live, resuming on the Reserve Day at 64/2, overnight batters Kohli and Pujara added just seven runs to the score before Kohli (13) was dismissed as he chased a delivery bowled outside off by Jamieson to hand wicket-keeper BJ Watling an easy chance.

In the very next over of Jamieson, Pujara (15) followed Kohli as he also looked to poke at one just in the corridor of uncertainty outside the off stump and gifted his wicket to Jamieson. Wicketkeeper-batsman Pant walked in next and he got a reprieve quite early as he was dropped by Tim Southee in the slip-cordon.

Pant then joined hands with vice-captain Ajinkya Rahane and the duo added 37 crucial runs to the total. But as soon as India started to claw back into the game, Rahane (15) was strangled down the legside by Trent Boult, and as a result, India was reduced to 109/5 with a lead of just 77. Day 1 and 4 of the ongoing WTC final were washed off due to rain and as a result, the Reserve Day had to be utilised. 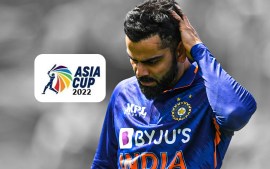