Raising funds can be challenging, but also make for path-breaking initiatives. For years, causes all around the world have brought together large communities of people to raise meaningful amounts of donation money through the most interesting activities. Some of these have developed to not only make a difference but to also individually feel it.

Walkathons across the world have served the philanthropic causes, while also driving the participants towards discipline and fitness routine.

The Walkathons, which having been around for years can adapt to all kinds of causes – from AIDS to animal rights – with a league of supporters for each.

InsideSport.co brings to its readers five popular walkathons from around the world that have been successfully tracking a change in society, and continue to do so.

In just its second edition, this Worldwide Walk to Fight Poverty held in Philippines’ capital, Manila, broke four Guinness World Records in a day of fundraising and celebrations. As over 1.5 million members participated, the event broke records: Largest human sentence, Largest picture mosaic formed by people, Largest charity walk/run (single venue) and Largest charity walk/run (multiple venues). Held in May 2018, the event was a follow-up to the 2014 edition that raised funds for the victims of Super Typhoon Yolanda and broke two records themselves. Through the Walk to Fight Poverty, the church hoped to raise money and spread awareness about world poverty, particularly the conditions in Africa where poverty is the principal cause of hunger. Run by and for the American Cancer Society, this community-based, annual fundraising event takes place in over 20 countries with almost 5,000 editions. Held across local communities, campus universities and in virtual worlds, it is the American Cancer Society’s most successful fundraiser and the organization’s signature event. The mission of this Relay is to raise funds to improve cancer survival, decrease the incidence of cancer, and improve the quality of life for cancer patients and their caretakers. These Relays, through its various editions, have some standard features like a survivor dinner, a luminaria ceremony – usually with a candlelight vigil, a “Fight Back” ceremony where participants pledge to take specific actions against cancer, among others. In an estimate, these events have been said to raise up to $5 billion for the American Cancer Society’s various action points. 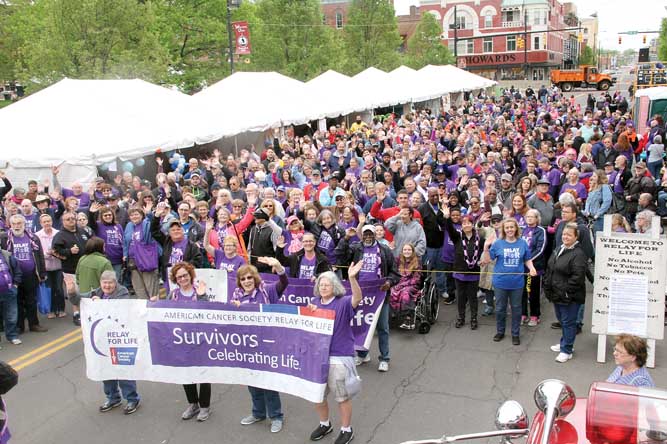 Organized by Oxfam India, which is part of the global Oxfam confederation, Oxfam Trailwalker is the biggest fundraising event in India. It is held in the outskirts of two metropolitan cities, Mumbai and Bengaluru. This year, 2019-20 marks its 15th edition in India. Participants register in teams of four and raise a specific amount as a pledge to walk the 100km and 50km trails in teams. In its previous edition, around 1600 people from all across India and abroad walked to raise Rs. 5 crores, contributing towards Oxfam India’s projects on education, health, gender, forest rights and discrimination in the five poorest states of India (Bihar, Chhattisgarh, Jharkhand, Odisha and Uttar Pradesh). Over the years, Oxfam Trailwalker has successfully developed into a top-notch international fundraiser, challenging walkers in 17 cities across 9 countries including Australia, Belgium, France, Hong Kong, India, Japan, Korea, New Zealand, Spain and the United Kingdom. Registrations or the upcoming edition of Oxfam Trailwalker India are currently open at https://trailwalker.oxfamindia.org/. 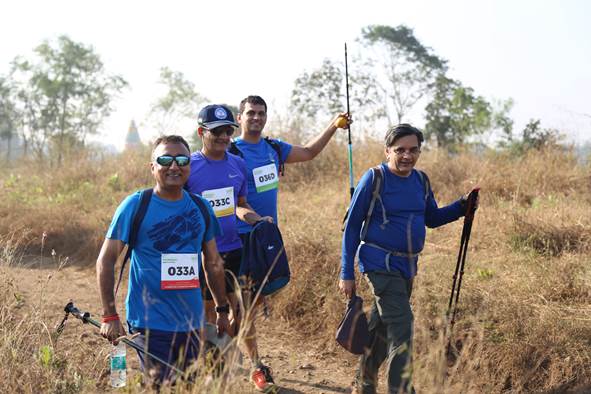 Frequently referred to as the “3-Day”, the Susan G. Komen 3-Day involves a 60-mile walk to raise funds to fight breast cancer and promote awareness about it. Individual participants are expected to raise at least $2,300 to walk 60 miles (96 km) over a three-day weekend. Held in eleven American cities, the Walk has transformed how the world treats and talks about this disease, as a result, mobilizing the largest and most passionate community. Since 1982, the Susan G. Komen organization has funded more than $988M in research, more than $2.2 billion in education, screening and treatment, serving millions in over 60 countries worldwide. The funds raised by 3-Day supporters and participants are used to invest in cutting-edge research that will lead to new, more effective treatments, working in communities across the country to ensure all people can access the care they need, creating a strong voice of and for the breast cancer community. Held in various editions through multiple American states between August and November, participants can register here https://secure3.convio.net/npt/site/SPageServer?pagename=register.

Not leaving behind man’s furry friends is the Friends for Life! Walk in Ontario, Canada that sees people walking for animals in need. Taking place in 13 communities across Ontario, the Walk allows individual participants as well as teams, to collect pledges for animals. The funds raised for the SPCA & Humane Society provide life-saving care and resources for animals in need. The Ontario SPCA is one of the largest, most responsive animal organizations in the country, with 146 years of expertise in providing care and shelter for tens of thousands of animals every year in over 40 communities. They work to prevent cruelty to animals, promote animal advocacy, provide humane education, sheltering, fostering and adoptions, crisis intervention, animal rescue and even mobile veterinary services. Animal lovers and other interested participants can register at http://support.ontariospca.ca/site/PageServer?pagename=ffl_locations&fr_id=2243&_ga=2.131761866.470166036.1566986583-1516863741.1566563305.