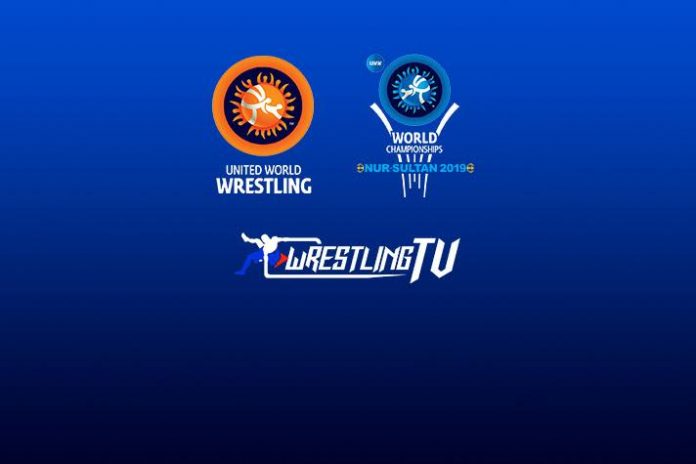 UWW World Wrestling Championship will be broadcast LIVE in 104 countries from September 14 to 22. Fans in India can catch all the action LIVE straight from Nur-Sultan, Kazakhstan, on www.wrestlingtv.in.

The Indian fans can also have access to interesting behind-the-scenes videos, features, highlights and reviews by the leading wrestling experts on www.wrestlingtv.in. Click HERE  to reach directly the world’s only dedicated digital video platform www.wrestlingtv.in, an initiate of the Wrestling Federation of India commercial partners and United World Wrestling media partners Sporty Solutionz.

Fans can catch HERE the wrestling livestreaming straight from the Kazakhstan capital on www.wrestlingtv.in.

The World Wrestling Championship beginning today (Saturday) in the Capital of Kazakhstan – Nur-Sultan – has mega broadcast plans. According to the United World Wrestling, the biggest championship of wrestling will be broadcast LIVE in 104 countries.

The competitions will be broadcast via the Qazsport TV channel signals in 104 countries across the world, catering . “It is planned that 700-800 million people will watch the competition in this way,” United World Wrestling vice president Yerlan Kozhasbau revealed at a Press briefing.

Fans in the Indian sub-continent can watch the entire event on www.wrestlingtv.in. The matches from the semi-finals stage will also be broadcast LIVE on Sony Pictures Sports Network channels. Sporty Solutionz is UWW’s exclusive media rights partner for the territory of Indian sub-continent.

In the host country Kazakhstan, QazsportTV will be the host broadcaster. Besides, the UWW has roped in 28 other broadcasters world-wide to relay the world championship to the wrestling fans.

UWW World Champoinship 2019 will feature 1,002 athletes, representing 103 countries. Over 250 journalists have registered with the UWW to cover the event.  More than 60 Olympic champions and prize-winners from five continents will be seen in the Kazakhstan capital during the event.