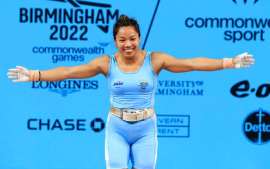 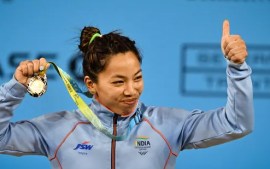 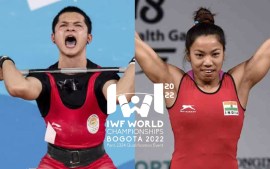 The 20-year-old Mizo lifter is yet to recover from his thigh and hamstring injury. He had also missed the Asian Championships in October. “Jeremy is still recovering from the injury he suffered during the Commonwealth Games, so he will not play in these world championships,” India head coach Vijay Sharma told PTI.

“Many lifters from the CWG squad are nursing injuries, so we have selected the four lifters who are fit,” Sharma added. Commonwealth Games silver medallist Sanket Sagar who had also sustained an elbow injury during the Birmingham Games and had subsequently undergone surgery will also miss the world event, starting in Bagota, Colombia from December 5 to 16.

Former world champion Chanu will return to action for the first time since the Commonwealth Games, where she won her third medal and second gold in August. Others in the four-member squad include 73kg Commonwealth Games champion Achinta Sheuli, silver medallist Bindyarani Devi and bronze medallist Gurdeep Singh.

Chanu has been consulting Horschig since 2020. He has been instrumental in sorting out her imbalance issue which affected her snatch technique. She has had several training stints with Horschig.

The Indian contingent will leave for Bogota on December 1. The World Championships are the first qualifying event for the 2024 Paris Olympics. However, it is an additional event and not a compulsory one.

Under the 2024 Olympic qualification rule, a lifter has to compulsorily compete in the 2023 World Championships and the 2024 World Cup.