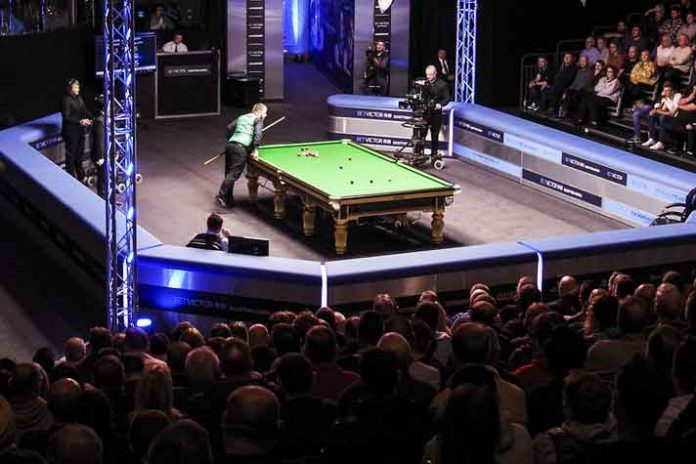 Snooker’s commercial arm has relaunched as the World Snooker Tour (WST) to reflect its global growth over the past decade. Previously known as World Snooker, WST runs the professional circuit around the planet, with a tour of 25 events and total prize money of £14.6 million. A new logo and branding for the tour have been created, which will be used going forward at all events and on all digital platforms, including the official website WST.TV

WST has grown rapidly over the past decade; during the 2009/10 season, there were just six world ranking events and total prize money of £3.6 million.

In 2010, World Snooker was taken over by Matchroom Sport, chaired by Barry Hearn. Today, snooker has vastly improved opportunities for the players to compete in lucrative events across the world, and for the fans, with 500 million people watching the sport’s linear and digital broadcast.

Hearn said: “Our decision to relaunch as WST with fantastic new branding is part of our vision for snooker as we reflect on a decade of change and look forward to a bright future.

“Over the past ten years, we have exploited the massive popularity of our sport across the planet. We have created new events with lasting legacies and worked with broadcasters to bring snooker to an ever-growing audience. We have modernized our sport, particularly through social media, to appeal to a young generation of fans, and our new branding reflects that.

“We have tripled prize money over the past decade, and looking ahead to the next ten years I believe we can double it again, towards £30 million. Rather than resting on our success, we have plans in place to continue our development with relentless ambition.

“Recently we announced a new event in Saudi Arabia which will set a new record for prize money for one event, and it is a ten year deal with the intention to grow snooker at the grassroots level in the region.

“As well as expansion into the Middle East we are pushing hard into India where we think there is enormous potential. North America, South America and Africa are also potential markets with a bright future. Soon we will announce plans for an exciting new online platform which will bring snooker to even more fans in every corner of the globe.

“Perhaps our greatest asset is our inclusivity. Anyone can play snooker regardless of age, gender or nationality, the only criteria is ability. There are great incentives for any young player across the world to rise through the ranks, while they are inspired by their heroes who have reached the top level.

“This is an exhilarating time to be a WST player or a fan of the sport, and as we look ahead we are limited by nothing other than our own imagination.”

According to the world body, there are players from 21 different countries among the 128 on the World Snooker Tour.vThere are 104 national snooker federations worldwide. An estimated 120 million people across the globe play snooker.