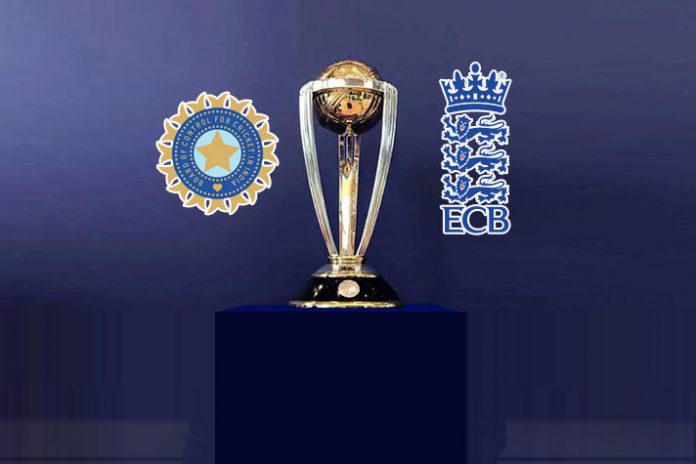 ICC World Cup 2019 hosts England carry far more than the home advantage to end the drought for cricket’s most precious title. The team with the logo of three lions on its chest has been the best performer in almost every aspect of the 50-over cricket ever since Australia’s fourth ICC World Cup title triumph in Melbourne four years ago.

Virat Kohli-led India are the other firm favourites and the leading challengers to lift the coveted trophy at the Lord’s on July 14.

The English pitches following a long summer will be docile and high scoring matches are on the cards. The World Cup organisers are not ruling out the possibility of a 500+ total.

The top Indian trio of skipper Virat Kohli, his deputy Rohit Sharma and Shikhar Dhawan carry with them a consistent showing over the past four years. The trio’s numbers since the last World Cup make India the most formidable top order for the upcoming competition 10-team in England.

Next comes Rohit on the best performer’s list with 3,790 runs, 95.29 strike rate, 15 centuries and 61.12 average. Rohit is also the only other batsman to have registered a double hundred in this period – unbeaten 208 against Sri Lanka in Mohali in 2017.

Shikhar Dhawan has accumulated 2,848 runs at an average of 45.2 and strike rate of 97.5 during this period.

In terms of partnerships too, the trio is the world leader. Kohli and Rohit have averaged 84.46 per wicket and Dhawan-Kohli 77.57 during the partnerships.

While the top three are the world beaters, India is yet to find the right answer for the No. 4 position. Kedar Jadhav – with 1,154 runs in 39 runs at a 102.94 strike rate and 44.38 average since the last World Cup – is still declared fit for the World Cup and seasoned pro MS Dhoni has had a poor 2018. His latest Indian Premier League form will give a lots of hope tough.

Jasprit Bumrah’s bowling average of 22.15 ever since the World Cup in Australia is bettered only by Mustafizur Rahman of Bangladesh (21.67). Economy (4.51) of the seamer with unorthodox bowling action makes him the most effective new ball bowler during the period.

Kuldeep Yadav, who has picked 87 wickets in 42 innings, is second only to Rashid Khan (in terms of average) amongst spinners at 21.74 apiece. He also has the second-best strike rate (26.4) and an economy of just 4.93 in this period.

Yuzvendra Chahal also stands out during this period with 72 wickets in 40 innings at 24.61 apiece at an economy of 4.89.

ICC World Cup 2019: I am confident that I will have another good ICC…

ICC World Cup 2019: KL Rahul could be an option for India at No…

ENGLAND AHEAD AS TEAM

England has the highest win-loss ratio (2.434) and series winning percentage (73.68), having won 14 of the 19 series / tournaments they have played till date.

If India’s top three have dominated the batting charts during the period, the depth in batting order makes hosts England the most formidable side with the willow.

England have registered four 400-plus totals, including two world record innings at Nottingham – 481 for 6 against Australia in 2018 and 444 for 3 against Pakistan in 2016.

England’s top three during the period have average 45.92 and have strike rate of 98.98.

But the real strength comes from the middle and lower-middle order, which has average 41.61 at a strike rate of 102.65 and have hammered 16 hundreds and 58 fifties since the World Cup in Australia. The depth in the batting order makes the hosts firm favourites in home conditions in spite of a not so strong bowling attack, with the dubious record of second worst economy rate during the period.

Among others, South Africa has the most penetrative bowling attack, but their batting still leaves a little to be desired as a unit.

Australia, regaining their touch, Sri Lanka and West Indies have achieved precious little to be among the strong contenders.

On present form and the consistent performances over the past four years, hosts England and India will be teams to beat this ICC World Cup.

England will be relying on the familiar home conditions and their batting strength that runs deep, India bank on their top three and the explosive bowling units that has plenty of variety and performance to back it.

India vs England on 14th July at Lord’s is the most likely statistical probability.