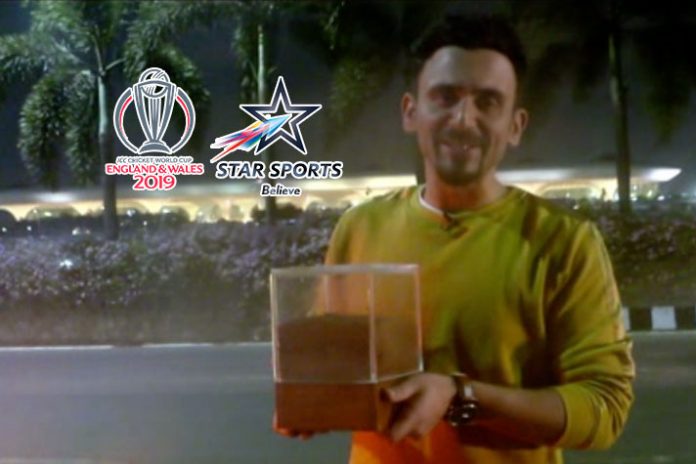 The value addition goes beyond the on-air presentation and specially-curated programming that will start from 8 am on all the India match days. As Kohli and Company open their World Cup 2019 campaign, Star Sports presenter Jatin Sapru had this special gift to invoke patriotism and emotions for Mother India.

Star Sports will start every India match special coverage from 8 am with a specially curated programming segment ‘Dil Se India’. The programme will have episodes of Follow the Blues, Match Point, Game Plan, ICC Cricket Countdown and Stumped.

An exclusive show – Class of 83’, featuring Ranveer Singh and the legends that won India’s first World Cup in 1983, engage with the viewers and share their experiences from the historic win in England.

Additionally, fans from the UK are featured LIVE as they descend into Southampton to give the stadium a ‘Homely’ feel.

The India games also hold special commercial significance for the broadcaster. The advertisement slots for the India games invoke 25-30% premium for LIVE broadcast of India matches with the potential to create new TV Ratings and streaming content consumption records.