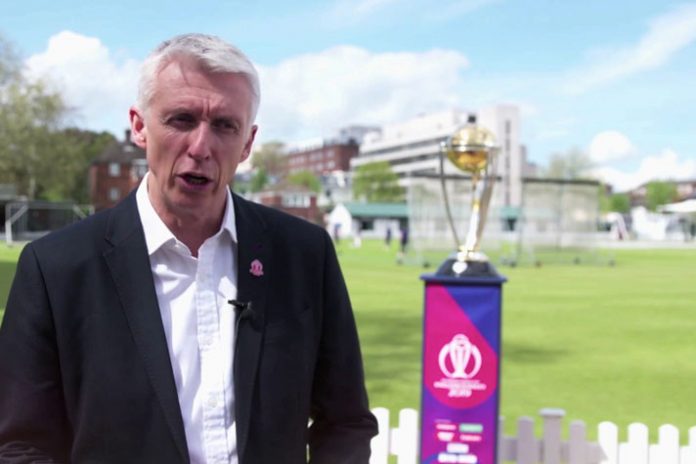 “This has been one of the biggest cricket ballots we have run and the results have been incredible. We have seen more than 110,000 women buying tickets, we have 100,000 under-16s coming to witness and experience the World Cup,” said Elworthy.

The organisers hope that the tournament will inspire the youth to take up the sport.

“We have over 200,000 people coming to cricket for the first time. The picture that really resonates with me, when we talk about inspiring the next generation is Anya Shrubsole looking over the fence at Lord’s as a youngster who was then a key member of England winning the World Cup in 2017.

“That is what we want the match-day experience to be for our youngsters,” he said.

Elworthy, outgoing ICC chief executive Dave Richardson and tournament safety and security director Jill McCracken, faced the media at The Oval to outline their plans for the tournament’s 12th edition and the first on British soil in 20 years.

“The tournament is expected to break new ground in a number of different areas.

There were more than three million ticket applications, with some individual games receiving as many as 400,000 applications,” said the ICC in a release.

The tournament begins on May 30 when hosts England take on South Africa here. Forty eight matches will be staged with 10 teams playing each other in the round robin form. Top four make the semi-finals.