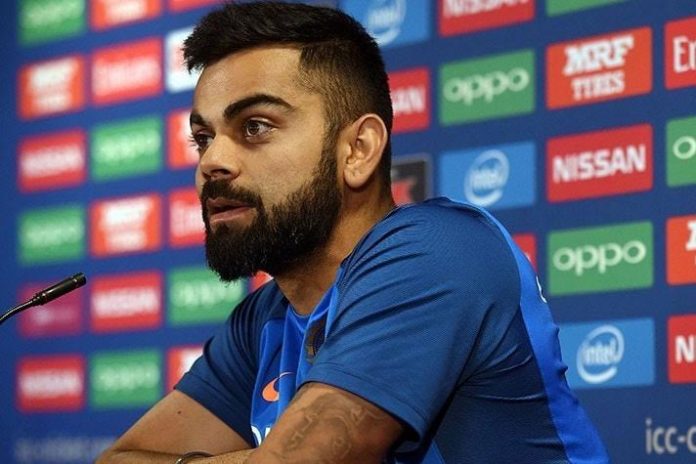 Indian skipper Virat Kohli has said that Team India will stand by the Government of India decision on playing against Pakistan in the ICC World Cup 2019.

Kohli today (Saturday) said that his team will “respect the decision of the government” with regards to playing Pakistan in the upcoming World Cup in the wake of the Pulwama terror attacks where 40 CRPF personnel were martyred.

There has been calls to boycott the June 16 World Cup face-off against Pakistan at the Old Trafford in the aftermath of the dastardly attack but the Indian cricket board has not taken a call, putting the ball in government’s court.

“Our stand is simple. We stick by what the nation wants to do and what the BCCI decides to do and that is basically our opinion,” skipper Kohli said on the eve of India’s opening T20 International against Australia on Sunday.

“Whatever the government and the board decide, we will eventually go by that and will respect that. So that is our stand on this particular issue,” Kohli added.

Kohli’s stand is pretty similar to what chief coach Ravi Shastri echoed in an interview to a television channel where he said that the team will “accept whatever decision that the government takes”.

“It’s entirely left to the BCCI and the government. They know exactly what is happening and they will take a call. We will go by what they decide,” Shastri has told Mirror Now.

“If the government says it’s that sensitive you do not need to play the World Cup, I will go by my government,” the head coach has added.

On Friday, the Committee of Administrators-run BCCI decided against taking any stand on the World Cup clash against Pakistan but urged the ICC and other nations to “sever ties” with countries from where “terrorism emanates”.

“The 16th of June is very far away. We will take a call on that much later and in consultation with the government,” CoA chief Vinod Rai had said on Friday. “We must sever ties with nations from which such terrorism emanates. We will express our concern on an appropriate forum,” Rai had further added.

There has been divided opinion among cricket fraternity with Sunil Gavaskar and Sachin Tendulkar urging India to play and beat Pakistan denying them any leeway in the tournament.

However there are counter-views with another former skipper Sourav Ganguly and one of country’s top wickettakers Harbhajan Singh calling for a boycott of sporting ties with the neighbouring country.

Also Read: ICC World Cup 2019: Where and how to apply for tickets? Public ballot open