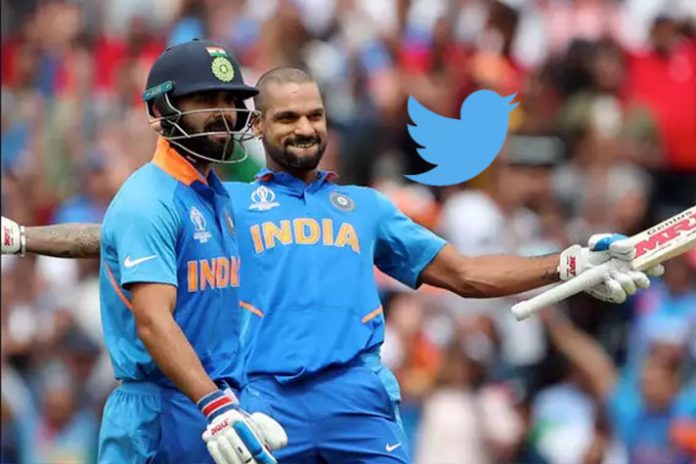 Virat Kohli and Shikhar Dhawan heroics in India’s victory over Australia at the Kennington Oval on Sunday have echoed as much on the twitter world as their willow and domination rocked the field.

It was a moment of celebration for Indian cricket fans as #TeamIndia beat Australia by 36 runs in their second match of ICC Cricket World Cup #CWC19. #TeamIndia’s dominating performance kept fans on the edge and Twitter buzzing. From the moment the teams came out for the national anthem, to KL Rahul hitting the final ball of the innings for four, India’s players were cheered by a sell-out, vociferous crowd on the field and on Twitter.

Australians appeared coming closer to India’s target in their chase. But on Twitter it was the sea of Blue with no significant mention about the Kangaroos. Be it the most tweeted players’ list or the most tweeted moment in the match, the Kohli-led India swept at the top five positions.

Most Tweeted about players

Here are the most tweeted about players from #INDvAUS match: 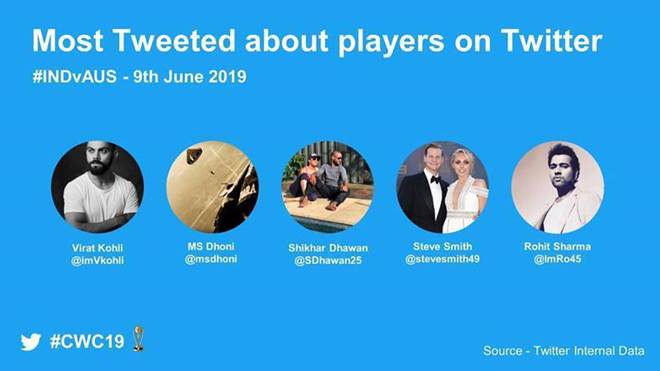 Most Tweeted about moments

It was a stunning batting display Shikhar Dhawan impressed everyone with a brilliant 100 and fans on Twitter couldn’t stop talking about it making it the most Tweeted about moment. Here are the top 3 moments basis the conversation peaks from #INDvAUS:

The U@ICC tweet on Kohli’s gesture to silent the Indian fans who were booing Steve Smith ended up to be the most retweeted tweet.

Most Retweeted Tweets from #INDvAUS

Shikhar Dhawan brings up a brilliant ? off 95 deliveries ?? pic.twitter.com/6HkVutZ0Zh

ICC World Cup 2019: Williamson calls on New Zealand to be adaptable at World…