Virat Kohli-led India is the best option and first choice for sponsors and advertisers among the ICC World Cup 2019 teams to put their money on.

Team India’s commercial power and sponsorship value impact globally is 350% more than the next best – Australia – in the POWA index global ranking’s twelve month average. Pakistan in spite of inconsistency and uncertainties get the third-place billing.

POWA index ranking list of the ten teams playing in the ICC World Cup 2019 has hosts England in the fifth place, behind Bangladesh. 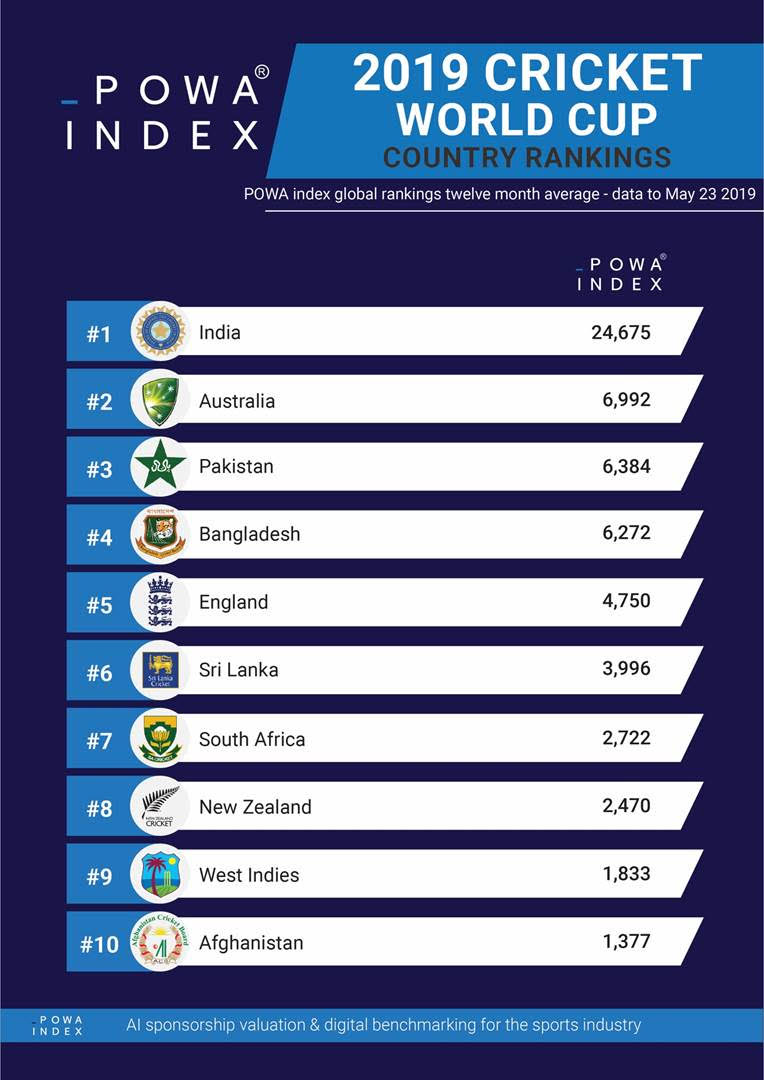 “India’s population is over 1.3billion and are cricket mad. Team India features the superstars of cricket, Kohli, Dhoni, Sharma, Pandya and Dhawan, so it’s no surprise that their POWA index score is way ahead of all the other World Cup teams,” says POWA index CEO Michael Flynn. “Smartphone manufacturer OPPO, their main sponsor, will clearly benefit from the shared passion of fans all over the world, and will look to make their innovative ‘Billion Beats’ marketing campaign with the ‘Men in Blue’ a great success”

POWA provides to clubs, leagues, federations and brands providing a definitive market valuation. It does this by using artificial intelligence to benchmark the world’s rights-holders against each other.  Through its proprietary algorithm, POWA index analyses trillions of data points across on-field performances, traditional media, digital media reach and fan engagement, and real-time online searches to provide an overall score for each rights-holder.

Team India are hoping to win their third Cricket World Cup, which is taking place in England over the next five weeks.