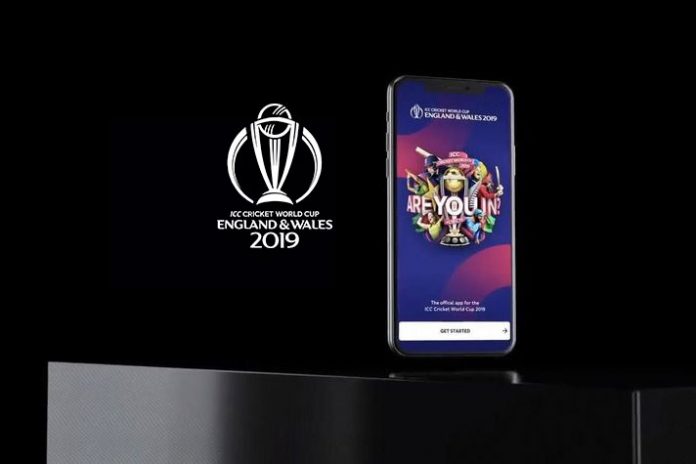 The World Cup 2019 turns out to be an International Cricket Council digital revolution that is bringing more fans closer to the sport than ever before.

The ICC Men’s Cricket World Cup, currently underway, will bring fans closer to the action and the game’s heroes, with greater digital access and content from the event, the teams and the starts than ever before. Fans can enjoy recaps, reports, live scores and updates, behind-the-scenes and other content across the ICC’s digital channels.

For fans attending games or around the world, the ICC’s website and mobile App are providing a host of content to enhance the connect and engagement with the event anytime, anywhere.

While the ICC’s Digital Insiders bring unique daily behind-the-scenes access content, the dedicated tournament website (www.cricketworldcup.com) and mobile applications including a ‘Lite’ version of the app for the first time ever offer fans the most up to date news, scores and interviews from the ICC Men’s Cricket World Cup.

The new official tournament app is catering to both fans in-stadia as well as globally. Innovative 2G app for all the tournament essentials beacons to provide relevant information via push notification to fans attending matches.

With ICC’s greater push to connect better with fans, select news and features are available in four languages – English, Hindi, Urdu and Bengali across website, app and ICC’s social channels.

For the first time at an ICC event, two digital only shows – The Openers to start the day and The Review at the end of the game – are offering latest from the evengt to the fans by four hosts called ‘ICC Digital Insiders’ – Zainab Abbas, Elma Smit, Niall O’Brien, Ridhima Pathak.

For the first time ever the ICC has entered into content partnerships with global social media platforms to cater to the huge interest from fans in the event – offering match recaps and other exclusive video content around the event to ICC’s over 50 million followers and more around the world on its digital platforms.

On ICC’s YouTube channel (www.youtube.com/icc), in addition to short-form highlights minutes after the match, fans can also enjoy ‘The Review’ – an exclusive post-match analysis show amongst other video content.

On the ICC Twitter page (https://twitter.com/cricketworldcup), post-match, is providing the winning moment, super shots and super wickets and a host of other news and video.

“ This Men’s Cricket World Cup is going to be huge on digital and we are very excited to be able to connect and engage fans around the world with the tournament and its stars by offering more relevant content – localized and personalized, than ever before via our digital offerings.” said Aarti Singh Dabas, ICC Head of Media Rights, Broadcast & Digital.

“The partnerships with the global social media platforms Facebook, YouTube and Twitter is delivering compelling content – recaps, key match moments, exclusive behind-the-scenes access with the Digital Insiders, to our millions of highly engaged fans and millions others on these global platforms, all alongside real-time CWC19 conversation.”

On ICC’s Instagram channels (https://www.instagram.com/cricketworldcup/), the focus will be on Lives and Stories providing updates on the matches while there will be channel takeovers using legends of the game.

The ICC has also launched a channel on TikTok which will provide audience with offbeat short-form videos, with focus on user generated content.

The ICC is also introducing a special feature to fans to keep track of their team’s preparations ahead of every match. ‘At the Nets’ will provide snippets into teams’ training sessions across all ICC digital and social media platforms.

The Hotstar #CWC19 Dream11 Fantasy Game (https://icc.dream11.com) are offering fans a chance to prove their cricketing knowledge against friends and the cricketing community worldwide. Also up for grabs are fantastic prizes including a trip to the ICC T20 World Cup Finals in Australia in 2020. There are two formats to play throughout the tournament. For the Classic game, players need to create one team for the entire duration of the World Cup, while the Daily Fantasy Challenge provides you with the opportunity to create a new team on a daily basis.