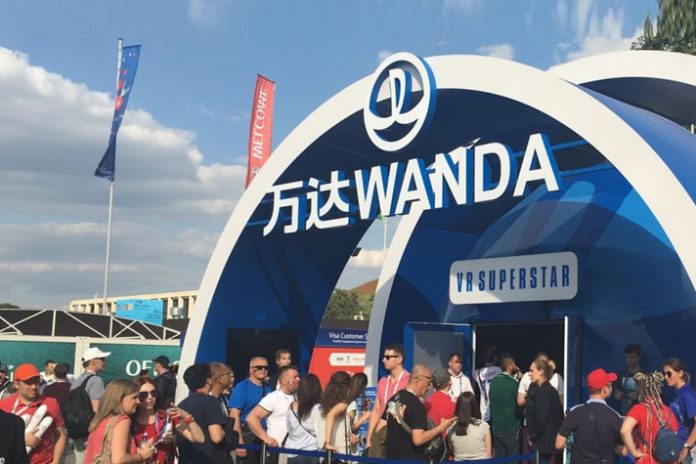 The Chines brands who were the World Cup 2018 sponsors believe the FIFA World Cup in Russia has been a revolution for their country.

One of the major World Cup 2018 sponsors, Wanda Sports’ chief executive Hengming Yang has claimed that the FIFA World Cup 2018 in Russia was a ‘game-changer’ and a revolutionising moment for football in China as the people are taking a renewed interest in the world’s most popular sport – football.

Wanda Sports’ parent company, the multinational conglomerate Wanda Group was one of the first brand from China to join FIFA as one of the seven partners of the World Governing body for football  – Adidas, Coca-Cola, Gazprom, Hyundai/Kia Motors, Qatar Airways and Visa.

The Chinese business giants are also one of the seven World Cup 2018 sponsors from China. Among them electronics brand Hisense, diary and ice-cream Mengniu, popular smartphone brand Vivo where the official sponsors, whereas Business clothing brand Diking, technology brand LUCI and electric two-wheeler manufacturers Yadea were the National supporters of the football’s biggest spectacle that concluded in Russia on Sunday.

The Chinese sponsors, who have added an extra $835 million in ad revenues for FIFA, took the charge to leverage form the World Cup, filling the gap after major western brands had severed their ties with the world governing body for football for their inability to take a tough stand in the corruption scandal centring around ex-Fifa president Sepp Blatter.

FIFA’s chief commercial officer Philippe Le Floc’h said that there had been a “shift of world economy and some Asian companies are looking for the best vector of communication to push the drive to the world with a global footprint.”

Yang said that he believes the involvement of Chinese brands will help to drive interest and growth of football in China. “This World Cup has seen China and Chinese football fans embrace the tournament like never before,” Yang was quoted as saying by The Drum.

“I think this will be a game-changing moment for the sport in China and it will start to embed a more engaged football culture within the country that will help football really develop from within, both at an elite and grass roots level.

“I think this has gone beyond a time when Chinese fans were just wanting to watch the big games and big players.” He further added that Wanda’s aim was to engage with Chinese audiences and inspire and motivate the next generation of footballers from the country. “We have intentionally focused on driving the value from our partnership back to China through the launch, with Fifa, of new Fifa social channels earlier this year on Weibo and WeChat, as well as using our flag bearers initiative to inspire the next generation of footballers in the country.

“One of the primary reasons for us to sign the partnership with Fifa was to inspire the next generation of Chinese footballers. At the 2018 Fifa World Cup we have delivered exactly that, we have given 384 children between the ages of 12 and 17 the opportunity to step onto the pitch at the Fifa World Cup as a Wanda / Fifa Flagbearer.”

The 2018 World Cup proved a success with China, pulling in 100,000 Chinese tourists, while the country also recorded 14 of the top 20 largest TV audiences of the World Cup.

China’s commitment to the World Cup is seen as a result of the country’s growing involvement in the game, driven by president Xi Jinping’s ambitions to ensure China becomes a soccer superpower by 2050.