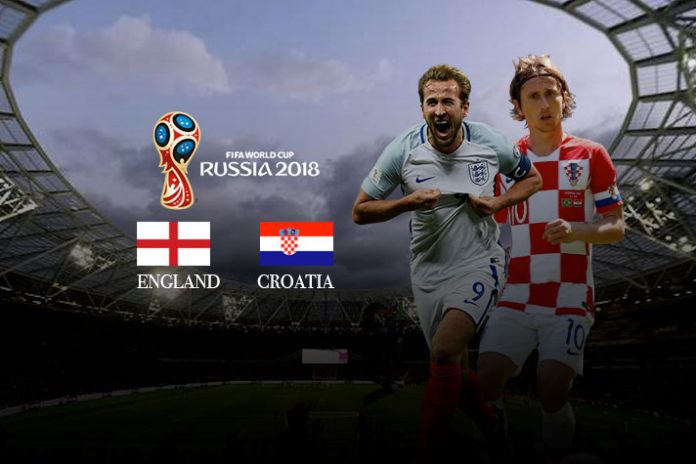 England and Croatia are all set to meet at the Luzhniki Stadium in Moscow today (Wednesday) in their pursuit to secure the right to meet France in the FIFA World Cup 2018 title clash. The winner will take on France in the final on July 15, Sunday.

The one who fails will be left lurching for the third-place playoff against Belgium.

England have emerged sentimental favourites for the crown after Brazil’s departure. For Croatia, it will be their second FIFA World Cup semi-final – 20 years after their only FIFA World Cup semi-finals appearance in 1998. France have ended their dream run then.
Croatia will have to pull up some surprises in their bid to stop England, who are looking to repeat their feat of the 1966 World Cup finals when they had romped home with the trophy.

Football fans can catch the live action on Sony Liv on the link below.

Croatia will be expecting for their star midfield duo of Modric and Rakitic to shine brightly on the pitch, as that would give them a strong grip on the match. Croatia’s manager Zlatko Dalic will be hoping that the two-star players combine well, and create chances for the forwards to take Croatia through to the Sunday’s showpiece final. Mario Mandzukic, their central striker would also be hoping to make a comeback to his usual best.

However, England manager Gareth Southgate will be booming with confidence as once termed as underdogs. All eyes will be on the England captain and the leading contender in the Golden Ball race Harry Kane. Kane has scored 6 goals in this edition of the World Cup. He will be the danger man in front of the goal. Containing the strong Croatian midfield may still be a challenge for the Englishmen. Having previously acknowledged their quality Southgate is well aware of the threat the two midfielders possess.

The semi-final clash later tonight is packed with all the ingredients of a thriller.