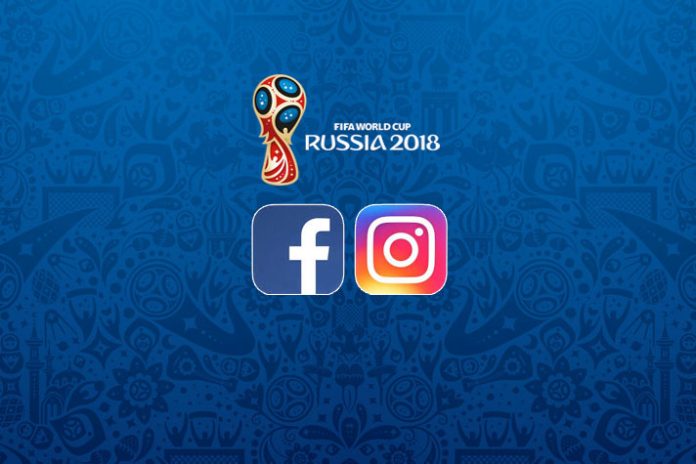 FIFA World Cup 2018 has been the biggest ever for social media with a 400 million football fan community on Facebook and 140 million on Instagram.

As the grand football spectacle, the FIFA world cup 2018 came to a halt with the grand final on Sunday, July 15, Facebook has shared some amazing numbers on the social media interaction the spectacular has had as people stayed glued to various screens. The world came together on Facebook and Instagram with 383 million and 272 million people respectively interacting across the platforms throughout the tournament.

From June 14 to July 15, the two Facebook platforms have been among the best places to reach a global community of football fans who shared their passion for the sport, the social media giant has staged in an official write up, titled “How the World Cheered Football’s Finest on Facebook and Instagram”.

Even as football is a true global sport in terms of its popularity, playing and fan following Brazil, the USA, Mexico, India and Vietnam fans were the most engaged in football-centric conversations on facebook between June 14 and July 15.

On Instagram, the most buzzed about player was Lionel Messi, followed by Neymar Jr and Philippe Coutinho.

In the global conversations around the world cup 2018 icons, Messi was the most discussed followed by Neymar Jr and Cristiano Ronaldo. Philippe Coutinho and Mohamed Salah also figured in the top five list in order of their mention.

Brazil, in spite of an early elimination, were the most discussed team. Argentia, champions France, Russian and Mexico complete the top five list of the most talked about teams on Facebook.

Fans took to Facebook and Instagram to celebrate and discuss key moments during the tournament. On Instagram, there were 11 million stories produced relating to the football tournament as fans around the globe shared their favourite moments online.

Conversation spiked in the final when France won at the conclusion of the match (as ranked by highest spike in conversation on facebook). The tournament didn’t just live on the playing field — it also played out online, as players took to facebook and instagram to share thoughts and photos with fans. The platforms provided a forum for fans to celebrate and commiserate with their favorite football stars. The most-loved post on facebook came from Mexico’s Raúl Jiménez when he shared a photo of his team after it upset Germany in the group stage.

#world cup, #world cup 2018, #football, #copadomundo and #soccer were globally the top hashtags during the month-long FIFA world cup 2018. Globally, over 270 million people on instagram had 3 billion interactions related to the 2018 football tournament.