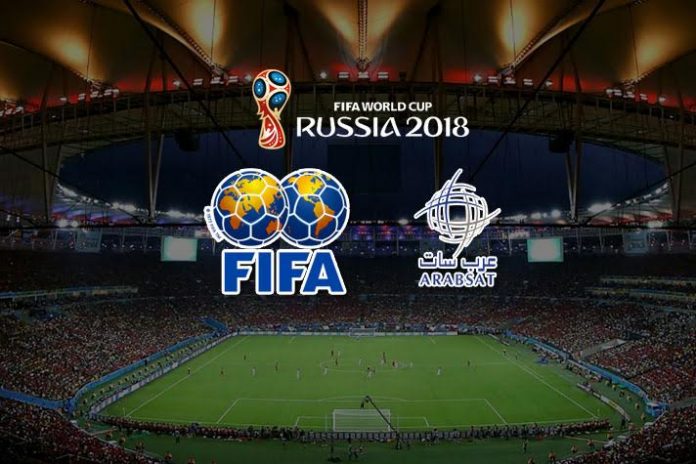 Arab Satellite Communications Organization, Arabsat, sought an apology from the World governing body for football – FIFA – for beoutQ piracy allegations as FIFA had accused Arabsat of involvement in the transmission of the World Cup pirated signals to BeoutQ.

However, an investigation by seven independent satellite communications experts has found no evidence that Arabsat satellite frequencies were used for illegal broadcasts of the World Cup by beoutQ.  Arabsat president and CEO Khalid Balkheyour while strongly denying the organisation’s involvement have sought an apology from FIFA.

A detailed letter to FIFA sent on Arabsat’s behalf summarized the evidence, which conclusively showed the falsity of FIFA’s claim that Arabsat had been “distributing” beoutQ’s pirate broadcasts.  “Arabsat has always been confident that our satellite network has not been used by beoutQ,” said Khalid Balkheyour, Arabsat’s CEO.  “Nevertheless, we undertook a very costly investigation to eliminate any doubts and to provide evidence to share with FIFA and the world.”

Arabsat’s letter to FIFA detailed specific tests showing why FIFA’s claims that beoutQ was operating on specific Arabsat frequencies at specific times were wholly wrong.  The statement explained that FIFA had claimed beoutQ was operating on Arabsat frequency 12341 MHz for several World Cup matches.  But tests conducted by several independent satellite communications experts showed that that frequency carried no video content at all at the very dates and times asserted by FIFA.

Likewise, FIFA had asserted that beoutQ broadcast different matches on Arabsat frequency 11996 MHz.  Again, Arabsat’s technical experts demonstrated that FIFA was wrong.  Arabsat’s experts showed that blocking the frequency had no effect on beoutQ’s pirate World Cup broadcasts and that only legitimate broadcasts (including BBC, Sky News and CNBC) were available on that frequency – not beoutQ.

Arabsat’s tests also showed that other satellite carriers might be carrying beoutQ’s pirate broadcasts.  “We received one set of test results in which our expert blocked all Arabsat frequencies,” Balkheyour said, “but beoutQ’s World Cup broadcasts continued.”  This strongly suggests that beoutQ used a different, non-Arabsat satellite to broadcast the offending content.

“Arabsat is entirely vindicated in its decision to undertake its comprehensive investigation before taking the drastic step of shutting down satellite transponders – as FIFA had demanded,” added Balkheyour.

The statement added that the experts’ findings had deepened Arabsat’s conviction that beIN Sports, a subsidiary of Al Jazeera, was behind allegations that Arabsat satellites had been used by beoutQ.  Arabsat believes that beIN Sports contrived the allegations as part of a smear campaign to deflect attention away from its technological inability to prevent beoutQ’s piracy.

Arabsat has demanded that FIFA immediately issue a public retraction of an apology for its claims that Arabsat was somehow complicit or did not do enough to stop beoutQ.  “Arabsat has been deeply offended and harmed by beIN’s and FIFA’s attacks,” Balkheyour said.  “Now that FIFA has been proven wrong, it should apologize for making such offensive statements.”