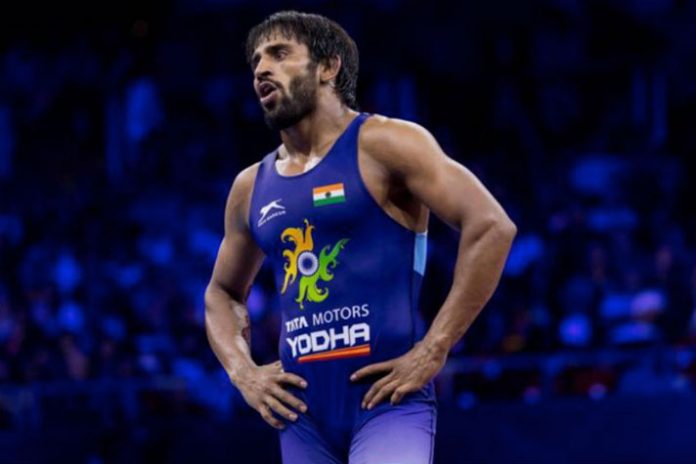 His dominance is undisputed in the 65kg at the global level but Bajrang Punia, focussed on shoring up his leg defence, would not ask for an exemption from the World Championship trials next month.

The Wrestling Federation of India (WFI) is expected to organise the trials for the Worlds in the last week of July.

In the last 10 international tournaments, Bajrang has lost just one bout — the World Championship final (2018) — where Japan’s Takuto Otoguro bothered him with leg attacks throughout.

The only other bout (invitational) Bajrang lost was at the iconic Madison Square, to the local grappler Yianni Diakomihalis.

The world number one in 65kg, Bajrang is aiming to seal an Olympic berth with a medal at the World Championship, scheduled to be held in Kazakhstan in September.

Asked how he has not been able to master the leg defence as yet, the 25-year-old said it’s due to ‘old habits.’

“Old habits die hard. I grew up competing on mud, where you mostly stand and compete. But on the mat, you have to keep leaning forward. That’s perhaps the reason, why my leg defence could not be strong. It’s an old habit and the course correction is taking some time,” Bajrang told PTI.

“I am sorting out my leg defence at a camp in Turkey. The coach wants me to qualify for the Olympics at the Worlds so that we have one full year to strengthen my game before the Games,” Bajrang said from Jalandhar, where he signed a deal with Japanese footwear giant ASICS to be their brand athlete.

Bajrang is not a part of the national camp, which began recently at the SAI centre in Sonepat, as the WFI has allowed him to train with his personal support staff.

However, the two-time World Championship medallist is not going to ask for an exemption from trials.

“I am ready for the trials. I can’t say I won’t compete. If the Federation, on its own, decides to exempt me that’s different,” he said.

“A few good wrestlers are emerging in the 65kg category. The guy from Maharashtra, who is from the Army, is good. Rajneesh is also good, though he has moved up to 70kg. In wrestling what matters is the performance on the day of competition or trials. Anybody can win on his day.”

Why he opted to train in Istanbul this time as he trained in Georgia in the recent past?

“It’s a good camp organised by the Turkey Federation. The quality of sparring partners is better there, since a lot of good wrestlers from Armenia, Georgia, Belarus, Turkey gather there.”

Talking about the World Championship defeat last year, Bajrang said he made mistakes but officials too had a role in his defeat.

“That bout which lasted 11-12 minutes because they allowed my rival to take long breaks. If the bout was fought in the stipulated time, the result would have been different,” he said, indicating that Otoguro was exhausted and would not have the strength to counter him without multiple breaks.

Bajrang had missed out on the prestigious Khel Ratna last year and was left frustrated an angry.

Is he hoping to get it this time?