The eighth edition of the FIFA Women’s World Cup is all set to get kick start in France, with host nation France taking on South Korea. France is hosting the tournament and will welcome footballers from 23 nations in this summer’s biggest football adventure. In total 24 teams battling it out for a month for the biggest prize there is in football.

The previous seven editions of the Women’s World Cup have been won by the four different nations, the United States leading the chart as they have three victories to their name in the prestigious tournament, Germany comes the next with two titles. Norway and Japan are the other winners with one title each.

Here is the full schedule of the FIFA Women’s World Cup 2019 for the group stages along with the knockout bracket: 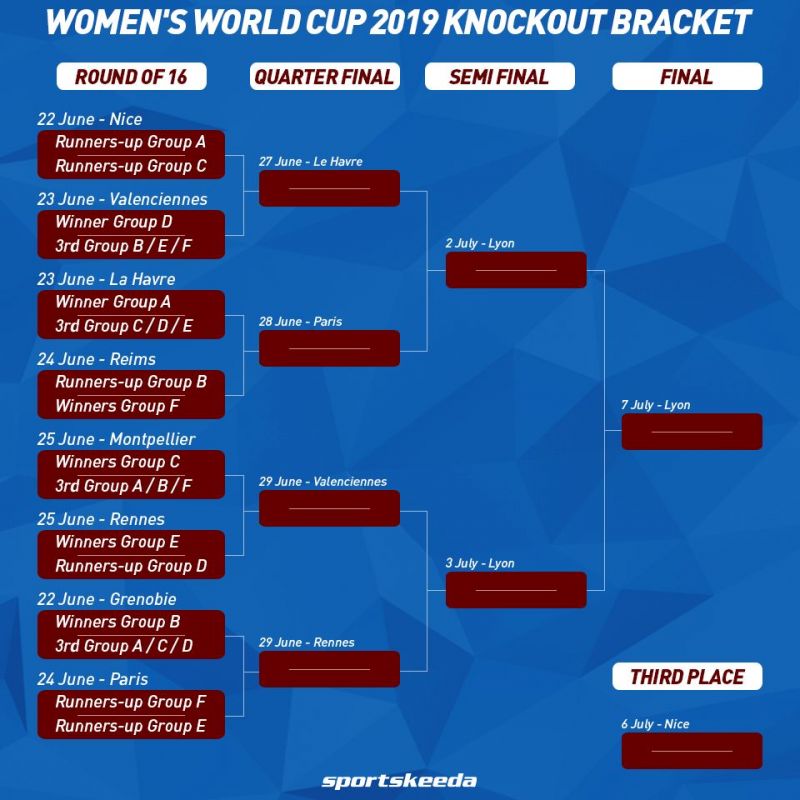