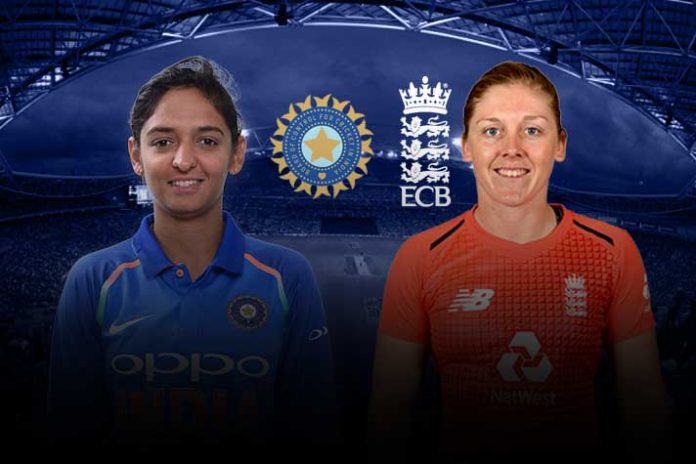 India will take on England in the women’s triangular series opener in Canberra on Friday, hoping to put the finishing touches to their T20 World Cup preparations.

Matches against England and hosts Australia, two of the world’s top teams, will be an ideal opportunity for India to plug the gaps as they continue their search for an ICC tournament silverware despite boasting a team full of talented players.

They came close to winning it in the 2017 ODI World Cup, only to lose by nine runs to England in the title clash. A year later, their campaign ended in the semifinals of the World T20 in the West Indies, going down to England again.

Looking at the reverses in the final stages of ICC events, captain Harmanpreet Kaur recently concluded that India lacked when it came to handling pressure. This is an area India will have to work on if they are to triumph in a big tournament.

“We were quite close in the last two World Cups, the only thing is we have to keep in mind how to handle pressure in the tournaments, last two World Cups we lacked in handling pressure,” Harmanpreet said before departing for Australia earlier this month.

The plan is to not get bogged down by the thought of playing under pressure against big teams. “This time we want to enjoy rather than taking more pressure on ourselves, thinking that it is a big tournament. We have to avoid thinking like that and focus on giving our best,” she had said.

Chief coach WV Raman, under whom the team has dished out a fearless brand of cricket over the past year, feels playing in the tri-series will help his outfit before the T20 World Cup.

The mega-event will be played in Australia from February 21 to March 8. India are placed alongside the hosts, Bangladesh, New Zealand and Sri Lanka in the group stage.

Bengal’s rookie batter Richa Ghosh is the only new face in the squad. Richa has been rewarded for her exploits in the women’s Challenger Trophy, where she smashed 36 off 26 balls in one of the games with four boundaries and a six.

The team has no other surprises and 15-year-old Haryana schoolgirl Shafali Verma will also be playing her first global meet following some good performances at the international level in her first season.

The feed will also be broadcasted on SonyLIV.