While the Assam boxer Borgohain beat Arundhati Choudhary of the Services Sports Control Board (SSCB) quite comfortably by a 5-0 margin in the 75kg final, Zareen faced a stiff challenge from RSPB’s Anamika in the 50kg gold medal match before the 26-year-old Telangana pugilist tilted the match 4-1 in her favour to successfully defend her title. The boxers received the medals in the presence of the Union Minister for Youth Affairs & Sports Anurag Singh Thakur and officials of the Boxing Federation of India. 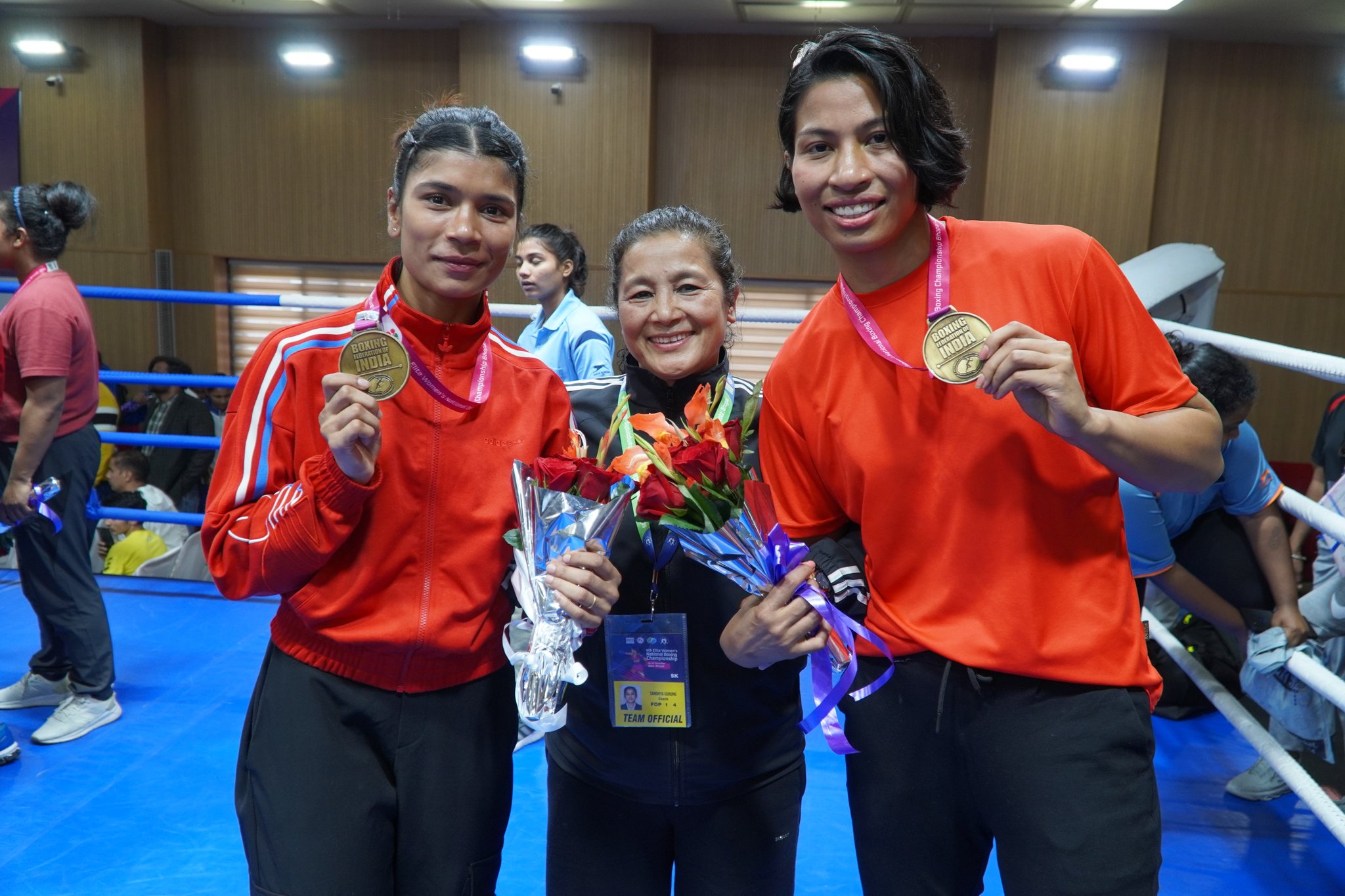 Another highlight of the day was Manju Rani, who led the domination of RSPB on the final day. The 2019 World Championships silver medallist won RSPB its first gold after outpunching Tamil Nadu’s S Kalaivani 5-0 in the 48kg final. Shiksha (54kg), Poonam (60kg), Shashi Chopra (63kg) and Nupur (+81kg) were the other gold medallists for RSPB, who also bagged three silver and two bronze medals.

Manipur’s young boxer Sanamacha Thokchom Chanu, who won gold at the 2021 Youth World Championships, also put up an impressive show to secure the title in the 70kg, beating Madhya Pradesh’s Shruti Yadav 3-2 in the thrilling final.