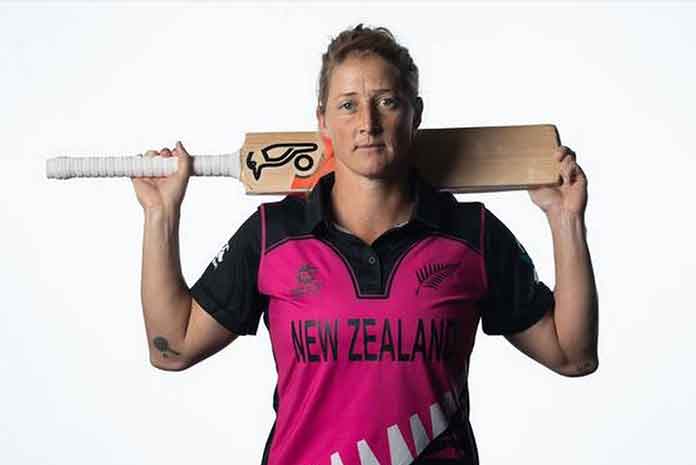 White Ferns (New Zealand women’s team) skipper Sophie Devine believes women’s Indian Premier League (IPL) has the potential of taking the game to the next level globally and it would be exciting for everyone if the tournament is held with full flow going into the future.

BCCI had originally scheduled a four-team contest in this year’s Women’s T20 Challenge with seven matches compared to last year’s four. However, the coronavirus pandemic forced the Indian board to postpone the tournament indefinitely.

India made it to the finals of the Women’s T20 World Cup 2020 and since then, calls have risen to hold a full-fledged women’s IPL. Australia and England have been hosting Women’s Big Bash League and KIA Super League respectively and this has helped both countries to produce talented and gifted players.

In an interaction with ANI, Devine opened up about how women’s game can grow globally with Women’s IPL and she also talked about her admiration for Mithali Raj.

“I think it would be fantastic to see a fully-fledged women’s IPL and could certainly take the women’s game to the next level globally. We have already seen the success of domestic leagues such as the WBBL and KSL to the standard of play as well as offering international players opportunities to play overseas,” Devine said in an exclusive interview with ANI.

She also had high regard for Mithali Raj, saying that the Indian women’s ODI skipper is a stalwart of the game.

“Mithali has been a stalwart of the women’s game for so many years and has done so much not only for cricket in India but around the world. Her composure at the crease is something that I’ve always admired,” Devine said.

Earlier this month, Devine was appointed as the permanent skipper of the White Ferns side while former skipper Amy Satterthwaite, who was on maternity leave, was named her deputy.

Talking about her appointment as the skipper of the White Ferns side, Devine said: “Like any team, we want to see continual improvement in all facets of the game. There are some big global events coming up starting with the ICC 50 over World Cup in NZ which is a huge focus for us currently.”

“New Zealand has a great history of women’s sport, especially with the White Ferns winning the 2000 Women’s Cricket World Cup so will be looking to tap into some of that knowledge and experience,” she added.

New Zealand is scheduled to host the ICC Women’s 50-over World Cup next year, however many are speculating the fate of the tournament due to the impact that has been caused by the coronavirus pandemic worldwide.

It is important to note that New Zealand is one of the few countries that has managed to curb coronavirus, and as a result, the country has eased restrictions as well.

“Yes, we are very fortunate here in NZ that the government and the whole country have done their part in the fight against Covid-19. We are back training and will be having our first lot of camps as a split-squad over the coming weeks. Think the lockdown taught a lot of athletes that there are different ways to practice whether that’s setting up gym equipment at home or simply doing bodyweight exercises,” Devine told ANI.

“My fingers are crossed that this event (World Cup) goes ahead but we need to also understand that it is an extremely tough situation that is affecting the whole world at the moment. I have full trust in the governing bodies and health experts that whatever decision is made will be the right one,” she added.

Adding further, Devine stated: “There will possibly be an element of being a bit rusty as there always is when you come back from time away from the game. I know we will be doing everything we can to be in the best possible shape for whenever we are able to get back on the field.”

Devine took up White Ferns’ captaincy in an interim capacity last season. She has enjoyed a stellar run of form over the last 18 months. En route, she also became the first player to score five consecutive fifty-plus scores in T20Is.

With the ball in her hand, Devine has scalped 71 wickets in the 50-over format, and in the slam-bang cricket of 20 overs, she has 87 scalps to her name.

New Zealand is due to return to international action with a tour to Australia starting in late September and will play three ODIs and three T20Is.