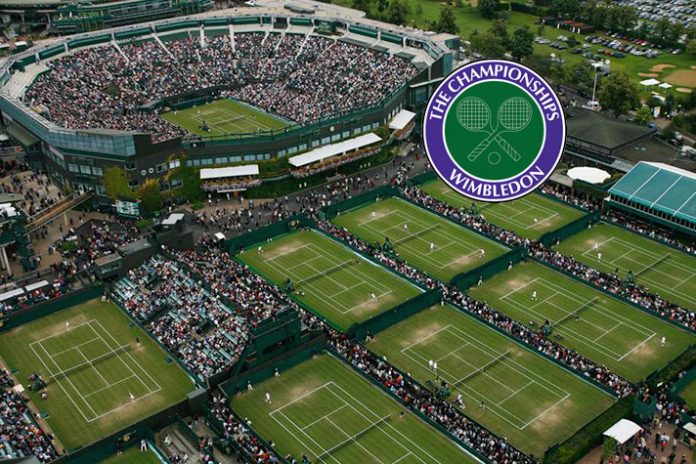 The All England Lawn Tennis and Croquet Club has raised the prize money for prestigious Wimbledon Championships by 11.8% to an overall prize purse of $49.4 million against $44.2 million last year.

The move will ensure that winners of the men’s and women’s singles crown each return richer by $ 3.06 million. Even the players eliminated in the first three rounds will pocked $ 13,000, an increase of 10% over the previous year.

“It is a clear demonstration, once again, of our continued commitment to do what we can for players for whom it will have the most impact,” AELTC chairman Philip Brook said.

In other developments, the Wimbledon organizer have also announced that the new retractable roof on Court One will be ready for the 2019 Championships.

“The investment we have made in our estate, in the grass court season, in facilities for all of our guests both onsite and around the world, in prize money, in the surplus to the Lawn Tennis Association (LTA), and in our staff, has resulted in strong foundations for the future of the Championships and of our sport as we plan for a new period of leadership,” CNN has reported Brook as saying.

The Wimbledon this year will also deviate from the 95-year old tradition of asking for stamped addressed envelope from the ticket applicants and move to an online ticket ballot.

Since 1924, the Wimbledon has sold the majority of its tickets through a postal ballot, which requires fans to send a stamped addressed envelope to receive an application form, which they then need to post back to the All England Club to enter the ballot.

The completed forms need to be returned by the end of the December before the July championships and fans cannot apply for specific dates or courts.

The system is set to remain the same for the online application, just without the paper and stamps, BBC has reported. The new online ballot does not affect the popular queue – where people often camp overnight to buy on-the-day tickets.