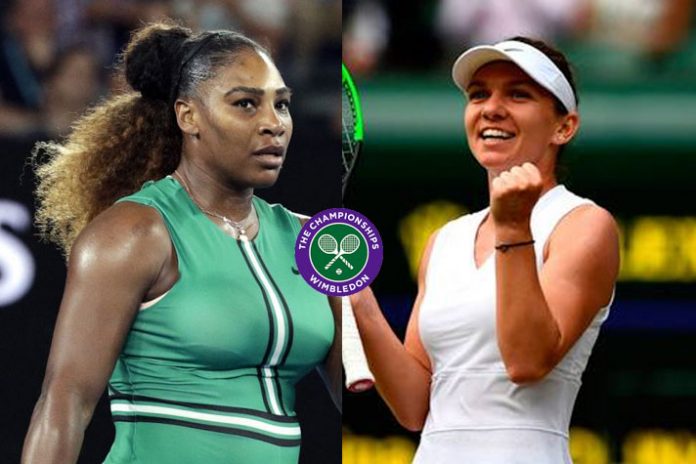 There is a lot to look forward to as Serena Williams chases her record-equalling 24th Grand Slam title and maiden since her return after the birth of daughter Olympia.

The 37-year-old, seven-time champion Venus is through to her 11th final at the All England Club, defeating Barbora Strycova 6-1, 6-2 in the semi-finals. This will be her second successive appearance in the Wimbledon Finals, having lost to Angelique Kerber 6-3, 6-3 last year.

Simona has set up the title clash with Venus with an easy 6-1, 6-3 win over Elina Svitolina in what will be her fifth grand slam first Wimbledon final.

“It feels good to be back in the final. It’s good, especially after my year. I just needed some matches. I know I’m improving and I just needed to feel good and then I can do what I do best which is play tennis,” said 11th seed Serena. “I love what I do, I wake up every morning and I get to be fit and play sport and play in front of crowds like here at Wimbledon – not everyone can do that. I’m still pretty good at what I do and it’s always an amazing experience.”

Simona, seeded 7th, added, “As a player I can say that I have a better game these days. I can play everywhere, against anyone. It’s good that I have more plans. When I go on court and face an opponent, I know how to play against her.

“Also I know how to change some things when it doesn’t work very well. As a person, I’m trying just to be confident, to be positive. I’m working hard to do the best always when I step on the court.

“I talked to my mum after the match. About ten, 15 years ago she said her dream is [the] final in Wimbledon because everyone is here, the Royal Box. She said I think it’s an unbelievable moment. So today her dream came true, so I will play a final.”

Simona Halep lost against Serena Williams at the 2019 Australian Open in January.