Wimbledon 2022 Live: Rafael Nadal played his first grasscourt match in three years on Wednesday and the Spaniard says a couple of exhibition games at the Hurlingham Club is the perfect preparation for Wimbledon, where he will bid for a third straight Grand Slam this season. Follow  Updates with InsideSport.IN

Nadal won the Australian and French Opens back-to-back for the first time and a win at Wimbledon, where the main draw kicks off on Monday, will take him a step closer to becoming the first man to win all four majors in the same year since Rod Laver in 1969.

The Spaniard, who had not played a competitive match on grass since his 2019 semi-final loss at Wimbledon to Roger Federer, beat Stan Wawrinka 6-2 6-3 on Wednesday and said it was good to get the feel of the surface again.

Also read Wimbledon 2022 LIVE: Roger Federer to miss Wimbledon for the first time in his career – Check Out his records at the Grass Court major 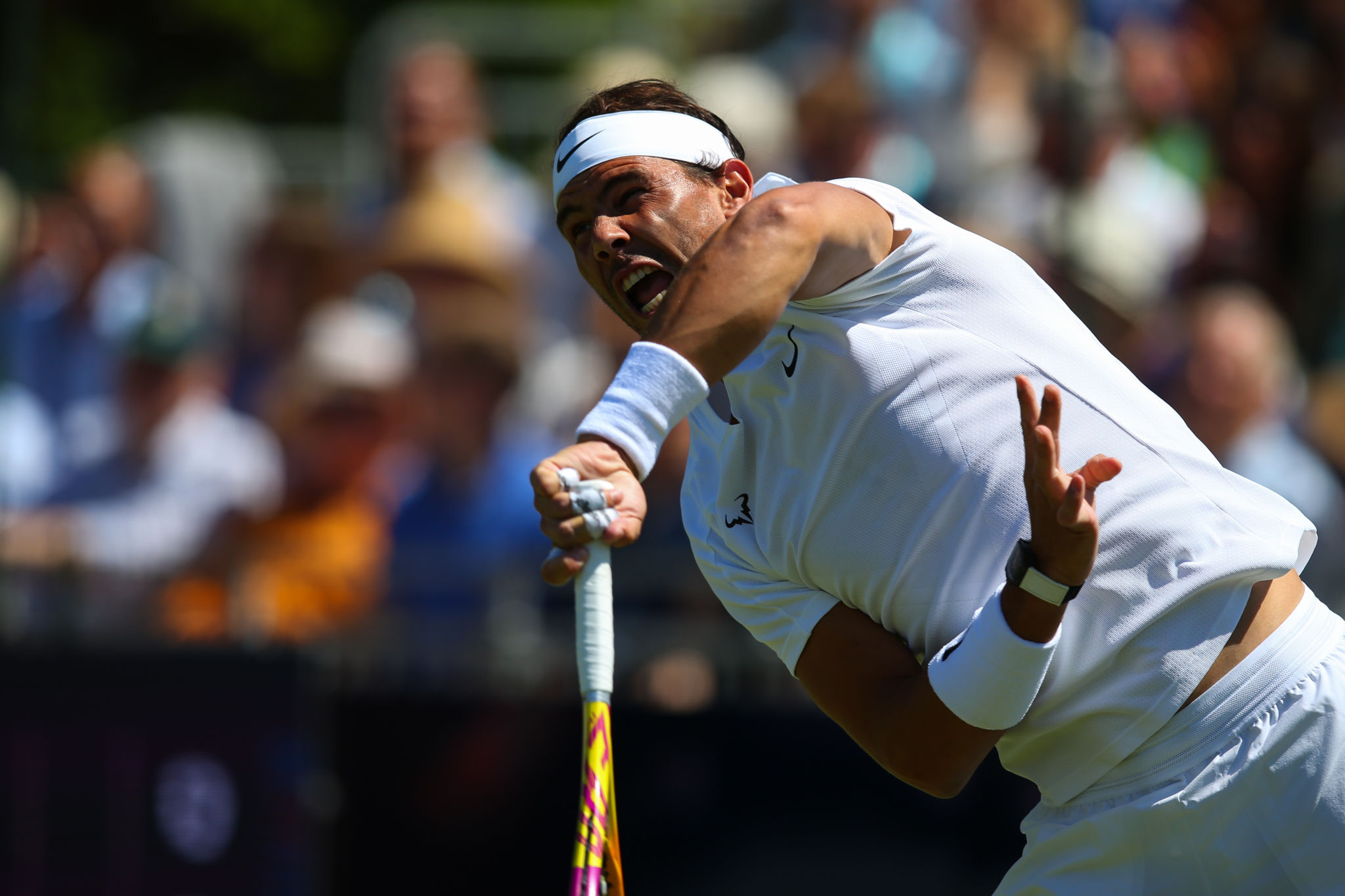 “It has been a while without playing on grass. Since 2019 I haven’t been able to play on grass through the tough moments we went through with the pandemic and last year I got injured,” Nadal told reporters.

“I am older now – I can’t manage to play so many matches. For me it is perfect to play a couple of matches here before Wimbledon starts. That helps me to feel at least some competition before Wimbledon.”

Nadal, who holds a men’s record 22 Grand Slam titles, has struggled with a chronic foot injury over the last year and had pain-killing injections prior to each match at Roland Garros.

The 36-year-old underwent radio frequency treatment after his French Open victory and said the pain had subsided.

“I don’t know how he is feeling, it looks like normal Rafa,” said three-time major champion Wawrinka. “He has been saying he is feeling better and if he is playing he is ready to play his best and to win.”