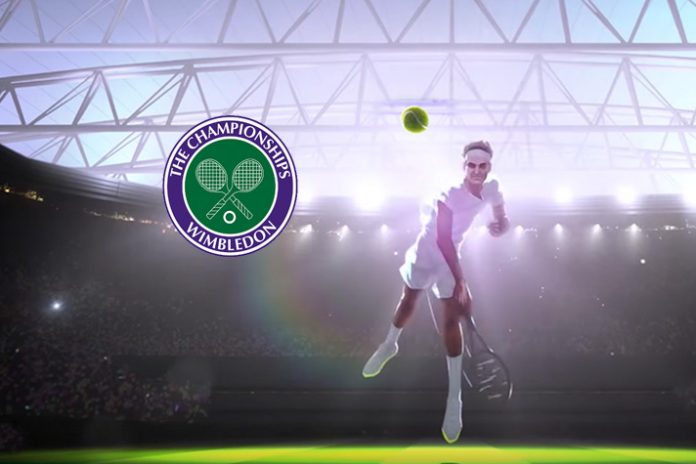 All England Club has launched a #TakeOnHistory video campaign to celebrate the rich heritage of Wimbledon Championship.

To mark The Championships 2018, the All England Club (AELTC) is leveraging innovation to celebrate its history. The #TakeOnHistory campaign is telling the story of the world’s oldest tennis tournament through animation.

In a year of significant historical milestones, such as the 150th anniversary of the All England Club, and 50 years of Open tennis, the #TakeOnHistory campaign launched on Sunday 10 June with a 60-second animated trailer, showing the evolution of Wimbledon from its beginnings in 1877 up to the present day. Starting with Spencer Gore and ending with Roger Federer and Serena Williams, a continuous illustrated tennis rally through the ages showcases not just the stars to have graced Wimbledon but the ways the All England Club has changed and improved over time. Just as the players and the Club evolve, the style of illustration changes in keeping with each era.

This campaign is the next strategic step in Wimbledon’s ever-growing commitment to aligning its global brand position. Created by McCann London and developed with Nexus Studios and award-winning directors Smith & Foulkes, the campaign aims to illustrate Wimbledon’s brand essence of “In Pursuit of Greatness”, now in its third year. Wimbledon has long stood for more than just a sports tournament. Instead, it champions a philosophy of constant improvement, which it demonstrates through content, its partners and its players.

Three versions of the trailer with different player combinations have been produced for our various broadcast and fan markets, and the trailer will be followed by a series of content films rolled out across social media that focus in greater depth on three key areas of Wimbledon: the gardens, the Ticket Resale Scheme and the famous Queue. To generate excitement for The Championships 2018, the campaign will run for five weeks, airing for the first time following the conclusion of Roland-Garros and ending once The Championships end on 15 July.

James Ralley, Head of Marketing and Commercial at the AELTC, said: “This is a significant year for Wimbledon, not least because we are celebrating the 150-year anniversary of the All England Lawn Tennis and Croquet Club. This beautifully crafted film depicts the tireless pursuit of greatness Wimbledon represents, not just for our players and fans but as a global event. History is the benchmark that we judge ourselves by – and we are immensely proud to show the richness of our history through amazingly imaginative illustrations and incredible craftsmanship.”

Rob Doubal, Co-president and Chief Creative Officer, McCann London, said: “We’re really proud of this campaign, which perfectly captures how much Wimbledon has changed over the years and gone from strength to strength. The guys at Nexus were incredible at capturing the changing styles, not just of design and fashion, but of the Club, the players’ techniques and the atmosphere. All while staying true to the Wimbledon brand people know and love today.”