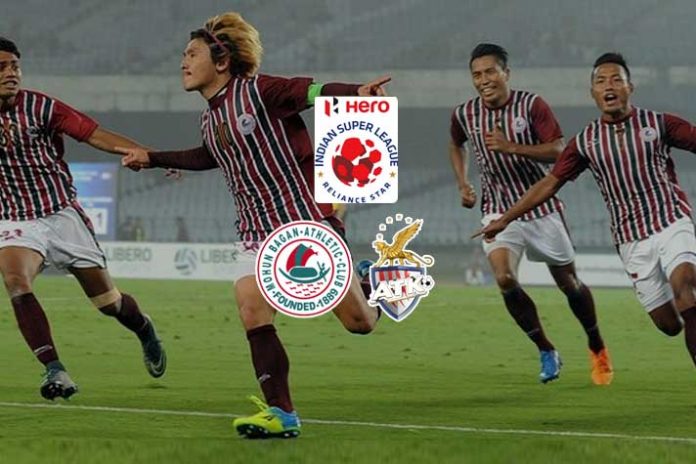 Speculation is rife about India Mohun Bagan’s likely merger with ATK to play in the Indian Super League next season.

Even as there is no confirmation from the two clubs even about preliminary talks, media has widely reported that the oldest running football club in the country and the Indian Super League franchisee are poised to jointly represent the City of Joy in the high profile professional league.

The bigger question that arises out of the speculated equation is what will be the identity of the new “merged” entity? Why should ATK surrender its name and identity as it is already a part and parcel of ISL set up? Can the oldest running football will merge into some other entity for the lure of ISL?

Noted football analyst, historian, columnist and commentator Novy Kapadia dismisses all the doubts about the new entity that will emerge from the “tie-up” of both the Kolkata Clubs.

“The two Kolkata Clubs will have the understanding to field a combined team in the ISL. There is no possibility of a merger technically. In all likelihood it will be Mohun Bagan-ATK or ATK-Mohun Bagan team that we might see in the ISL from next year,” said Kapadia.

“Let’s accept the fact that participation of Mohan Bagan and East Bengal is crucial also to the ISL. While other cash-rich teams rely on social media to build their own communities, these two Kolkata giants have a traditional fan base. They will bring with them immense value to the league.”

While both Mohun Bagan as well as ATK brass remained non-committal, there remains a strong possibility that an announcement might be on cards soon.

Earlier, national news agency PTI had reported that Kolkata giants Mohun Bagan are likely to merge with ATK in their bid to play in the country’s top tier football league in the 2020-21 season.

While both Mohun Bagan as well as ATK brass remained non-committal, there remains a strong possibility that an announcement might be on cards by the end of this week, reports PTI.

“There is no confirmation as of now but we always have been in talks for future tie-ups. When something concrete develops we will come out with an announcement,” Mohun Bagan senior official Debasish Dutta was quoted as saying.

ATK co-owner Utsav Parekh, too, remained non-committal of the development and said the organizers, Football Sports Development Limited (FSDL), are looking into this. “Every three months, we have been hearing such speculations. Last we heard East Bengal will joining ATK and now it’s Mohun Bagan. Let’s wait and watch, FSDL is looking into the matter. They will have a final say.”

There were no comments from ISL promoter FSDL. As per the recommendation by the AFC in the proposed Indian football roadmap, there must be a pathway for two I-League clubs’ entry into the top tier league ISL by the end of the 2020-21 season, subject to the criteria being fulfilled.

“There have been reports about our merger for more than two years now. Every club looks to consolidate, either through tie-ups with sponsors or with other clubs. We’ll announce any change in structure, which has been planned for some time now, as and when it happens,” a Mohun Bagan official had told ESPN.

Among the oldest clubs in India and in existence since 1889, Mohun Bagan was the first Indian club to win the IFA shield title. They have won the top-flight crown four times, the National Football League three times and the I-League once. They have also been 14-time champions of the now-defunct Federation Cup.

Bagan is presently playing in the I-League, where they are the table toppers. ATK are placed third in the ISL standings.