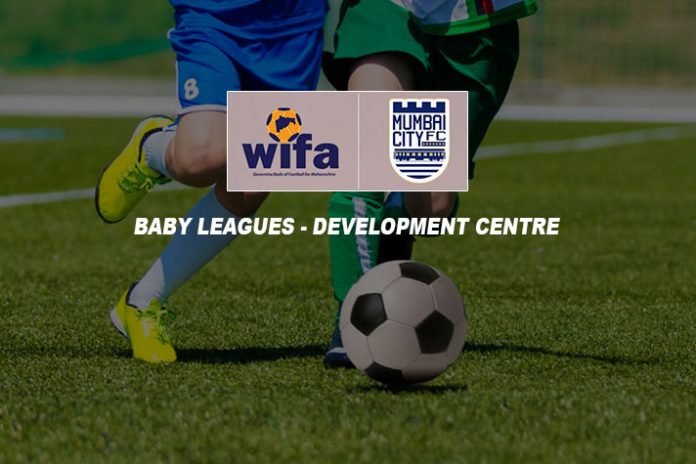 Western India Football Association and Mumbai City FC have launched India’s first Baby League for aspiring footballers in the age group of 8 to 12 years, by setting up 24 developmental centers in Mumbai and Pune.

WIFA, the governing body for football in Maharashtra, and Mumbai City FC aim to identify and groom future talent through these academies. Together, they will soon extend the Baby League to other parts of the State as well.

Along with WIFA, the Islanders thus become path-breakers in Indian football, becoming the first State association and the first ISL team to launch such a programme.

The Baby League, which is part of the forward-looking initiative of the All India Football Federation, will see participation from as many as 72 teams and 1,440 players and aspires to provide kids the right platform to learn the sport in the right way.

“Currently, kids in these age groups get to play only a handful of competitive games in a year. With the AIFF Baby League, we expect them to play many more games every year,” Dinesh Nair, Head of Youth & Grassroots Development for Mumbai City FC, said.

“Apart from the kids, this initiative also targets the development of coaches in the State and another important group – the parents. We aim to organise regular workshops and seminars for parents also so that they understand the avenues that football opens up for their kids and encourage them,” he added.

Mumbai City FC CEO, Indranil Das Blah further elaborated, “Building a footballing ecosystem is extremely important, and it’s even more effective and robust when it is done at an early age.

“We are extremely proud to partner with the first state association that has localized the AIFF Baby Leagues project. This initiative taps talent at the grassroots, and high-quality coaching and all-round development will help young talent move in the right direction. We look forward to other state associations launching similar projects and working towards the common goal, which is the development of Indian football.”

The participating teams and academies will create Under-8, Under-10, and Under-12 teams and will play against each other on weekends in a home and away format.

Mumbai City FC is fifth on the Hero ISL table at the moment, with 4 wins, 4 defeats and 2 draws from 10 games. Following the 0-1 defeat to Kerala Blasters at home, Mumbai City FC will next face Bengaluru FC at the Mumbai Football Arena on January 18, 2018.