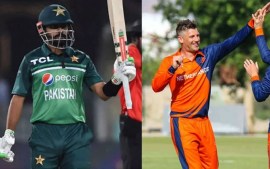 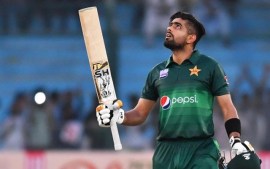 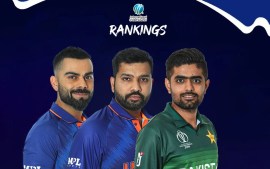 WI vs PAK 2nd T20I: Babar Azam & Md Hafeez lead Pakistan to 7-run win despite Pooran’s quickfire 50, take 1-0 lead in series – Nicholas Pooran’s 33-ball 62 was not enough as West Indies slumped to a 7-run defeat in the 2nd T20. With the win, Pakistan took a 1-0 lead in the 4-match series. Babar Azam set the stage with a 50 but it was Mohammed Hafeez’s 1/5 in 4 overs spell that changed the game for Pakistan.

Earlier, West Indies won the toss and opted to bowl first. Pakistan were off to a good start with Babar Azam scoring 51 off 40 balls and Mohammad Rizwan hitting 46 off 36. But a collapse in the middle-order after the rain break saw them lose 5 wickets for just 23 runs with Jason Holder bagging 4 wickets for 26 runs and Dwayne Bravo scalping 2/24.

WI vs PAK 2nd T20I: Chasing a competitive target, West Indies were dealt a blow with Andre Fletcher departing in the 1st over while Chris Gayle too continuing his poor run of form. Evin Lewis who tried to salvage the innings after Mohammed Hafiz’s miser 1/5 spell, he had to retire hurt with a cramp.

In his place, Kieron Pollard came on but struggled to get any momentum going. However, it was Nicholas Pooran who kept the hopes alive with an excellent knock of 62 off 33 balls. But with Kieron Pollard taking up first two balls without a boundary in the last over, Pooran could not do much as Shaheen Afridi’s fuller length balls kept boundaries in check. In the end, West Indies fell 7 runs short.

Over 16: Nicholas Pooran takes charge, hammers Wasim for 18 runs. Can they turn things around? WI 102/3

Over 2: Chris Gayle comes in after Fletcher’s wicket. WI 12/1

Over 20: WICKET! A run-out on the last ball helps West Indies restrict Pakistan to 157/8.

Good news, rain has stopped and the match resumes. No overs will be reduced as only 17 minutes have been wasted.

The first match was washed out after West Indies’s innings of nine overs. Injured Lendl Simmons was replaced by Andre Fletcher while Andre Russell was rested and Romario Shephard will take his place. On the other hand in Pakistan Team Azam Khan, who is injured missed out and Sohaib Maqsood will play.

Babar Azam – He’s a very good bowler (on Wasim Jr) and we are looking forward to him doing well. Familiar conditions for us, we know how the pitch plays. One change for us – Maqsood replaces Azam

Kieron Pollard – We will bowl first. Early morning moisture, looking to exploit it well with the ball in hand. Happy that the fans are in, looking forward to giving a good account of ourselves. Two forced changes for us 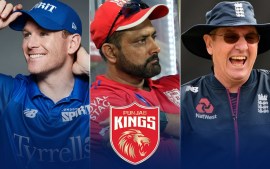 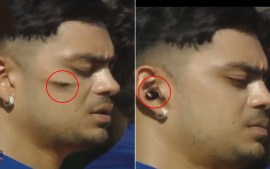