WI vs BAN LIVE Score – WI beat BAN by 7 wickets: West Indies got a 1-0 lead in the ongoing Test series against Bangladesh, as they dismantled the Tigers in the first game. The Caribbean boys secured a 7-wicket win to wrap up the game on the fourth day itself. Follow West Indies vs Bangladesh 1st TEST LIVE Updates with InsideSport.IN.

Bangladesh had a horrendous start to the game, as they were bowled out for only 103 runs in the first innings. Jayden Seales and Alzarri Joseph were the stars with the ball for the hosts, as they picked up three wickets apiece.

In response, West Indies scored 265 runs, courtesy of a sublime knock of 94 runs from skipper Kraigg Brathwaite and an equally impressive act of 63 runs from Jermaine Blackwood. Bangladesh needed to be brilliant with the bat in the second innings, and while they did better than the first innings, it still was not enough.

Veteran pacer Kemar Roach’s enduring quality and consistency put the West Indies within 35 runs of victory over Bangladesh going into the fourth day of the first Test. His five for 53 from 24.5 overs in the Bangladesh second innings total of 245 looked, briefly, as if it would be overshadowed though by a stunning West Indies collapse in pursuit of a modest target of 84 as the hosts slipped to nine for three late on the third day Saturday.

Those three wickets by seamer Khaled Ahmed – he removed captain Kraigg Brathwaite, Raymon Reifer and Nkrumah Bonner in quick succession – lit a fire under the Bangladeshis. Although, opener John Campbell and fellow-Jamaican Jermaine Blackwood avoided any further alarms in taking the score to 49 at the close. Later on Day 4, the duo started off from where they left to take West Indies over the line without losing any further wickets.

West Indies first innings: 265 all out

WI BAN FanCode LIVE – The West Indies vs Bangladesh series will be followed by India tour of West Indies. The series will comprise three ODIs and three T20Is.

FanCode will live stream all the matches. The series will be played during India’s Prime-Time with the ODIs starting at 7 PM and T20Is starting at 8 PM.

FanCode is the exclusive broadcaster for Cricket West Indies until 2024. It will also be the only platform streaming these games Live for Indian viewers. 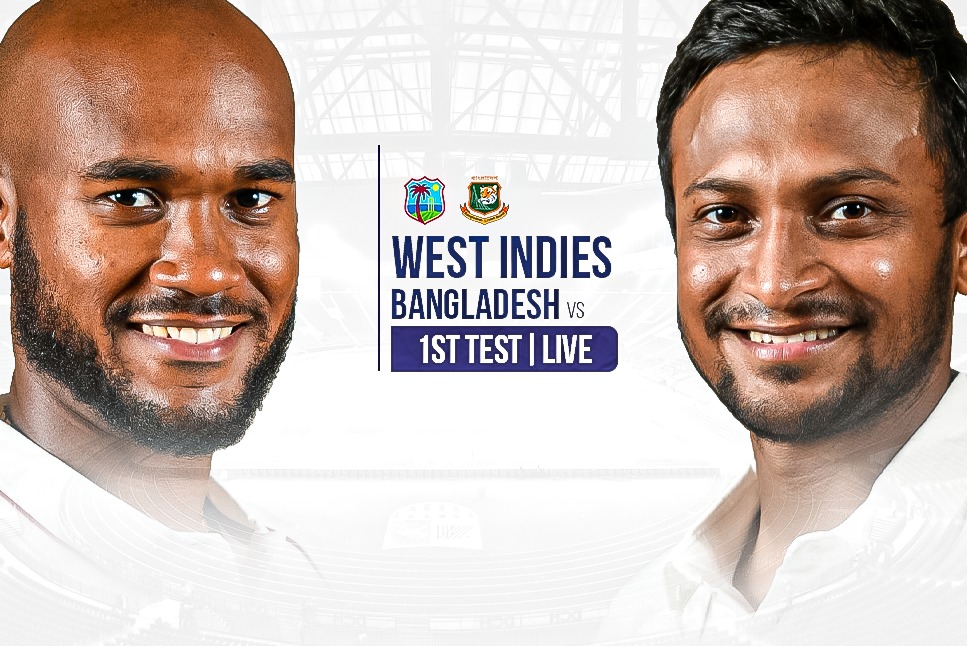 WI vs BAN Live: All you need to know about the Bangladesh tour of West Indies

When will the Bangladesh tour of West Indies start?

The Bangladesh tour of West Indies will start on Thursday, June 16.

Where will the WI vs BAN series be played?

WI vs BAN series will be played in West Indies.

Why is the Test series important for both sides?

The ICC World Test Championship 2023 qualification will hinge on the result of the series as both teams will try to win.

Which platform will Live Stream the Bangladesh tour of West Indies?

Live streaming of the Bangladesh tour of West Indies will be available on the FanCode App.