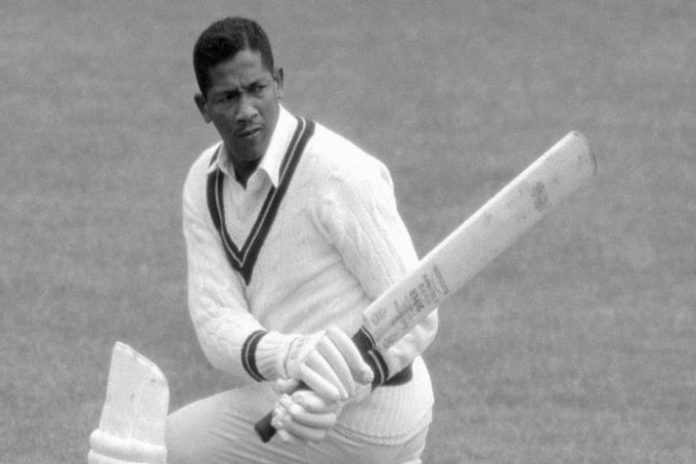 Butcher, who died in Florida, made seven centuries but is best remembered for his second-innings 133 in the 1963 Lord’s Test against England. During the break of that particular knock, Butcher came to know about his wife having a miscarriage, but he read the telegram and continued to bat.

In the next tour of England in 1965, Butcher notched up his highest Test score — 209 at Trent Bridge in Nottingham.

“One of the West Indies greats, Basil Butcher, who was also a teammate of Sir Gary Sobers, Rohan Kanhai, Clive Lloyd has passed away in the early hours this morning (Indian time). As a mark of respect, the West Indies team will be wearing black armbands in the 2nd ODI,” team manager Philip Spooner told mediapersons here.

Butcher, a right-handed batsman from Guyana, made his debut against India and played 44 Tests till 1969.

He scored seven hundreds and 16 half-centuries at an average of 43.11 and had a highest score of 209.

In his debut series against India, he scored 486 runs at an average of 69 plus, hitting two hundreds and three fifties.

One of Butcher’s more memorable hundreds was an innings of 133 against England at the Lord’s in 1963. However, during the break of that particular knock, he came to know about his wife having a miscarriage. He read the telegram and again went onto bat.

In the next tour of England in 1965, Butcher notched up his highest Test score — 209 at Trent Bridge in Nottingham.