Chelsea FC and Leicester City FC have both been charged with a breach of FA Rule E20.1 following their Premier League fixture on Tuesday 18 May 2021.

It is alleged that both clubs failed to ensure their players and/or club officials conducted themselves in an orderly fashion and/or refrained from provocative behavior during the 93rd minute.

Chelsea FC and Leicester City FC both have until Tuesday 25 May 2021 to provide their respective responses. 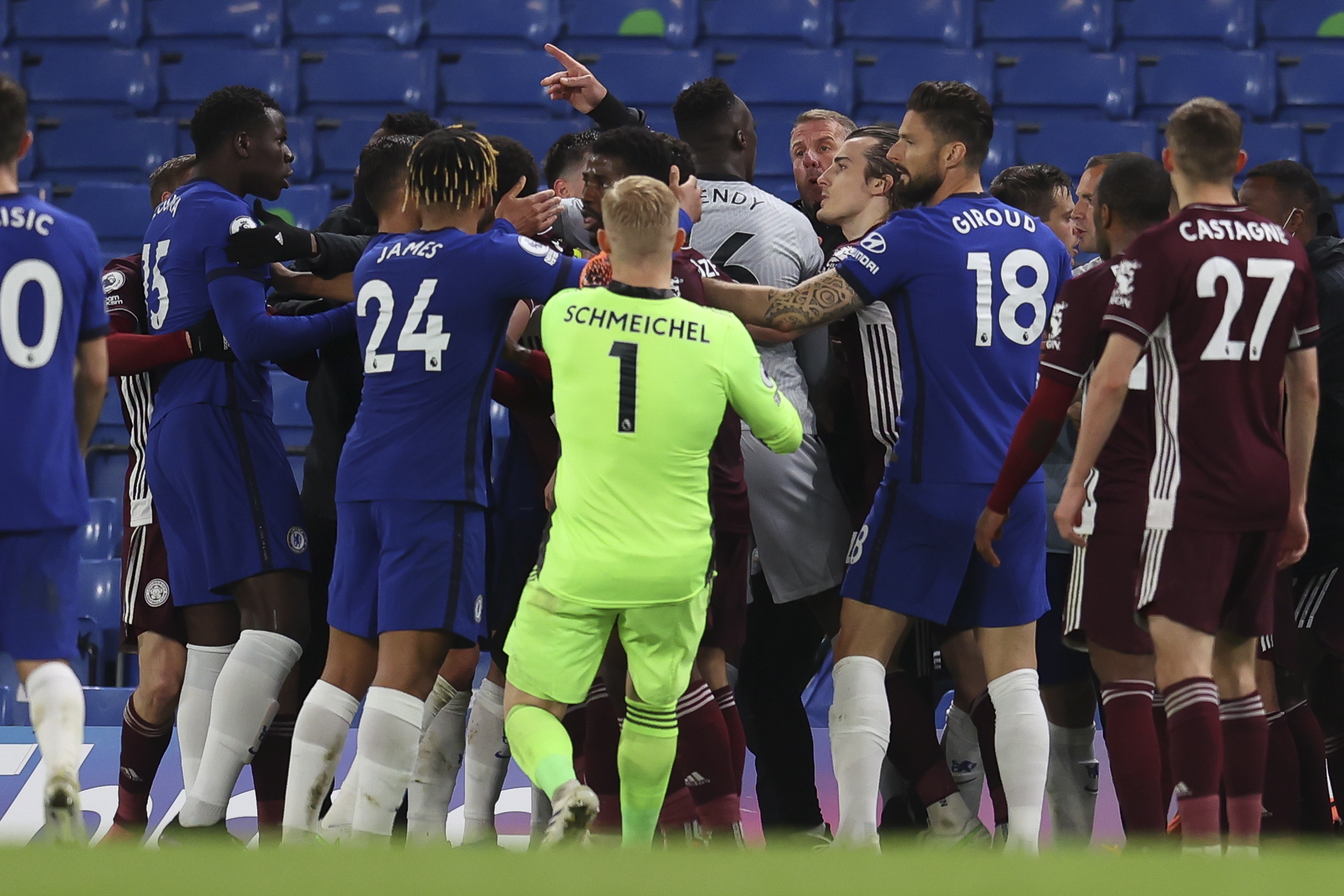 Chelsea vs Leicester in the Premier League

After defeating Chelsea in the FA Cup Final, Leicester succumbed to the Blues in the Premier League fight for the top 4 position. The Blues defeated the Foxes 2-1 in a match that had it all in the 2nd half.

Chelsea boss Thomas Tuchel made 3 changes to the side that lost 1-0 in the finals. He brought in Mendy, Chilwell, and Pulisic in the starting 11 this time.

Brendan Rodgers made 2 changes as he brought Albrighton to replace injured Evans and Maddison started ahead of Iheanacho.

BREAKING: Chelsea and Leicester City have both been charged with a breach of FA Rule E20.1 following their Premier League fixture on Tuesday. [FA] #CFC

Leicester can have no complaints – they didn’t start playing until Kelechi Iheanacho came off the pitch, and by that stage, they were lucky to be only 2-0 down.

Chelsea was superb with and without the ball: they outclassed Leicester and also bullied them, with Mason Mount and Antonio Rudiger the outstanding players.