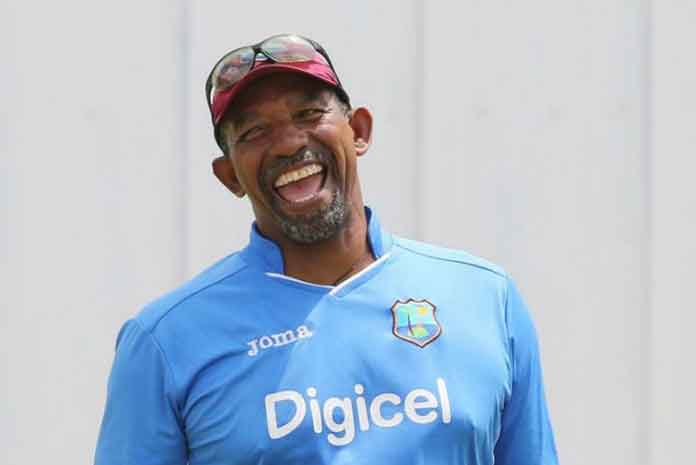 West Indies coach Phil Simmons says his team will have to avoid early debacles which have often affected its overseas campaigns and take inspiration from the 2017 Headingley Test win to start the three-match series against England on the front foot.

A batting failure saw West Indies lose the opening match against England in Birmingham by an innings and 209 runs during their last Test tour in 2017. But they staged a remarkable comeback in the second Test, chasing down 322 to record a five-wicket win in Headingley.

“We are drawing on that. The test match before Headingley we were horrible and that seems to be like that most times we go on tour. We are trying to make sure that bad match is taken out of the equation and we start properly,” Simmons said during the ‘Cricket, on the Inside’ webinar on Friday.

“We are playing against one of the best test teams in the world and we need to start on the front foot. We’re trying to bring back memories of Headingley and get the psychology right.”

The three-match Test series, which will mark the resumption of international cricket following the coronavirus-forced break, begins at Agaes bowl in Southamption in a bio-secure environment on July 8.

The West Indies team has a world class pace attack featuring the likes of Kemar Roach, Alzarri Joseph, Shannon Gabriel, Chemar Holder and Oshane Thomas but it is their batting that has not been able to live up to expectations.

The 57-year-old Simmons said the batting unit is trying to get into the best mental state ahead of the series.

“I think the batters have worked hard on getting to a mental stage of where they need to be because most of them have scored runs here,” he said.

“(Shai) Hope has got back-to-back hundreds here. It’s about getting to the mental stage where you are prepared for a test match in England, because it’s different to many other places.

“The next three days of practice is about sharpening up the skills. But mentality is the big thing.”

The Test series will be held behind closed doors due to COVID-19 pandemic and Simmons said it might affect a few seniors but for most it won’t be an issue to play without spectators.

“I think maybe … the senior guys it might affect a few of them because they are used to sold-out matches in England. But in the Caribbean there’s not much crowds for test so we are kind of accustomed to that,” he said.