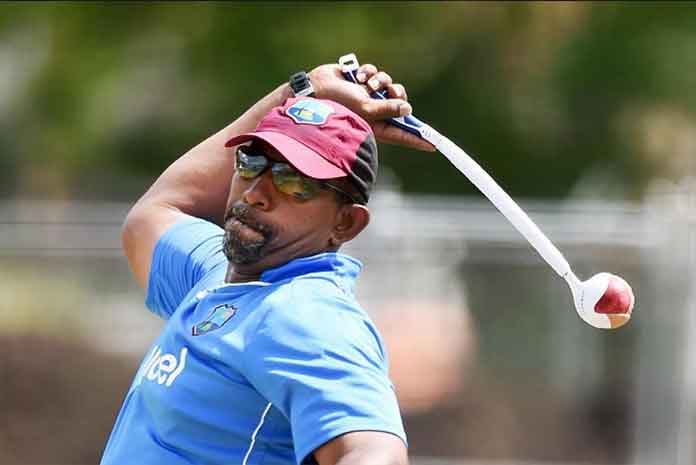 West Indies coach Phil Simmons criticised his batsmen’s failure to convert promising starts into major scores during the 113-run defeat by England in the second Test at Old Trafford on Monday, as he warned of possible top-order changes for the series finale.

Simmons was left frustrated during the second Test as Brathwaite (75), Roston Chase (51), Jermaine Blackwood (55) and Shamarh Brooks (68 and 62) all passed fifty, none of them got to three figures.

“We’ve had five or six fifties and no one has converted to a hundred,” said Simmons.

“It’s something that we’ve been talking about a lot, and no one has taken up that opportunity in this game yet again, so it is disappointing.

Whereas England built a first-innings total of 469-9 declared on the back of hundreds from Ben Stokes and Dom Sibley, no West Indies batsman has yet made a century in a three-match campaign now all square at 1-1.

Only opener Kraigg Brathwaite among the tourists’ top three has so far passed 28 in either of the first two Tests, with both John Campbell and Shai Hope struggling.

“They haven’t fired, so we’ve got to take that into consideration over the next couple of days,” said Simmons, with the third Test set to start at Old Trafford on Friday.

West Indies batsmen Darren Bravo and Shimron Hetmyer both declined invitations to tour England for a series taking place against the backdrop of the global coronavirus pandemic.

But reserve wicketkeeper Joshua da Silva, who made an unbeaten century in the second intra-squad warm-up match, could now come into consideration, with back-up opener Shayne Moseley another option for the tourists.

Although they hold the Wisden Trophy following a 2-1 success over Joe Root’s men in the Caribbean last year, you have to go back to 1988 for the last time the West Indies won a Test series in England.

Much of the focus heading into this tour was on the talented Hope, whose two career Test hundreds both came during the West Indies’ shock win over England at Headingley, Root’s Yorkshire home ground, three years ago.

The 26-year-old averages an impressive 52.20 in one-day internationals but that figure plummets to 26.35 in Tests.