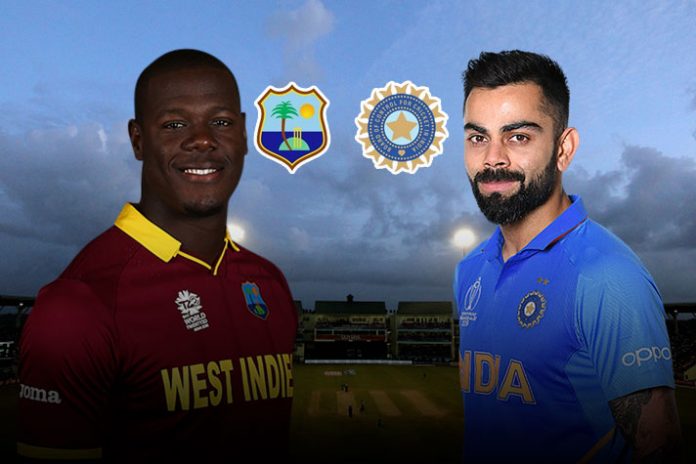 Hosts West Indies and India travel from Florida to Georgetown, Guyana, for the third and last match of their T20 International series with the Virat Kohli-led Men in Blue already enjoying a 2-0 unassailable lead.

The geographical change of the match venue is not going to change much for both the teams. If the second T20 International on Sunday was curtailed by the strong lightening warning, threat of rain looms large on the third and final match to be played at Providence Stadium, Guyana, tomorrow (Tuesday). Weathermen have predicted heavy to moderate rain in the province.

The hosts, having sealed the three-match series with the unassailable 2-0 lead with back to back wins at the Lauderhill, Florida, will be inclined to make a few changes to their playing XI. Skipper Kohli has dropped a hint, but emphasised priority to win the game does not change. “Winning is always going to be a priority. But sealing the series gives the chance to bring few guys in. The idea is always going to be to win first. But winning the first two games gives the cushion… Haven’t played in Guyana before, great opportunity to experience how it’s going to be like,” says Kohli.

The stadium, came into existence for the 2007 ICC World Cup replacing old Bourda ground in Georgetown, has not hosted Team India till date. At this very venue Lasith Malinga has created the world record of taking wickets on four consecutive deliveries.

WHAT HOSTS LOOK FORWARD TO

Having lost the series, the home team will be playing for pride and a face-saving victory. The team has failed to deliver as a unit in batting even as the bowlers had given India a run for their money as the visitors chased a modest 96-runs, at below five an over, in the first T20 International. Kiron Pollard’s 49 in the first match and a 34-ball 54 by Rowman Powell have been the only highlight in batting for the home team, whose chase was derailed by bad weather on Sunday.

Sitting pretty with a series-winning lead, India have its areas of concern too. Skipper Virat Kohli has failed to convert his good start in both the games. Young wicketkeeper batsman Rishabh Pant, being seen as the man to replace veteran pro Mahendra Singh Dhoni, has been disappointing with his ambitious, reckless shots on both the occasions. There is no questions about the Delhi youngsters talent with the bat. But his approach is raising serious questions. Indian think tank will be looking forward to him to address this crucial issue before going into the One Day International Series, which starts at the same venue from Thursday.

All the T20I match will be broadcast LIVE and exclusive for Indian fans on Sony Sports Network channels – Sony Ten 1, Sony Ten 3, Sony Six, with simultaneous LIVE streaming on SonyLIV.