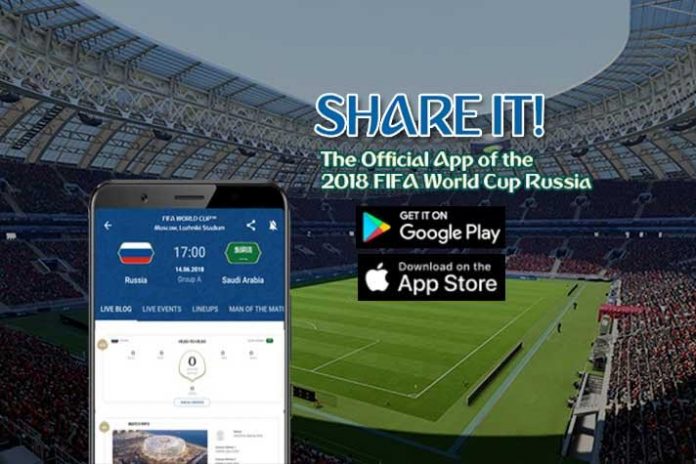 The world governing body for football, FIFA’s digital platforms are generating the best traction across the globe for the World Cup content. The FIFA App has topped the charts in 100 countries. FIFA’s social media accounts have gained most followers while FIFA.com has emerged as the top football website and best platform for World Cup games.

FIFA World Cup fans have helped FIFA top the digital league tables during the first round of matches at Russia 2018 as fans looked for World Cup content, FIFA has stated in an official write up on the FIFA.com.

The outstanding figures from the opening week are based on four main principles – to inform, entertain, connect and support.

INFORM
FIFA’s innovative coverage has pushed the FIFA App to the top of the charts in over 100 countries. A team of 32 reporters, followed by more than 200,000 fans across 16 languages on Twitter, have continuously fed the daily Live Blogs – with a dedicated blog for every game of the tournament – leading to 60 million visits. These astonishing numbers have seen FIFA.com climb above the rest of the world’s footballing websites to reach the No.1 spot.

ENTERTAINMENT
As well as enjoying the exhilarating matches on the pitch, fans have also loved the engaging games and experiences on FIFA’s digital platforms. From the Budweiser Man of the Match voting to the McDonald’s FIFA World Cup Fantasy, 10 million players have engaged in FIFA’s Fan Zone.

CONNECT
Honouring its digital claim ‘Share it!’, FIFA’s social channels have experienced a massive growth in followers. More than 4 million new fans have joined the official World Cup accounts of Facebook, Instagram, Twitter, VKontakte and Weibo, putting FIFA ahead of all 32 team accounts. The number of followers of the official FIFA World Cup Instagram account alone has increased by more than 50% over the last year.

SUPPORT
A new initiative has also seen the channels talking directly with fans, helping visitors to Russia get the most out of their trips. A new way of innovative storytelling, our visual stories, also provides better and easier access to FIFA’s unique content in short-form, while a match report for every game has been made available in International Sign Language.