Wasim Akram Biography : Wasim Akram is one of the greatest bowlers to have ever played the game. The legend from Pakistan…

Wasim Akram Biography : Wasim Akram is one of the greatest bowlers to have ever played the game. The legend from Pakistan have seen the highs of lows of Pakistan cricket from close quarters. In his biography titled, ‘Sultan Wasim Akram’, the former Pakistan captain seems to have made some major revelations on match-fixing issues as well.  Follow all cricket live updates with InsideSport.IN

Akram made a formal announcement about the book on Twitter. But what caught the imagination is his caption on social media. It read, ‘finally you will know the truth & my side of the story, Details and dates soon to follow, stay tuned ‘

The book is not only going to be in English, but also in other languages, including Urdu.

Finally you will know the truth & my side of the story!
Details and dates soon to follow, stay tuned …#SultanWasimAkram #WasimAkramBook @HardieGrant pic.twitter.com/eLU8P3ODxz

As per a report on thenews.com.pk, he has made some major revelations about the Justice Malik Qayyum Commission Report. It is important to note here that the Pakistan Cricket Board had established a panel to look into the match-fixing issues of 1990s.

The likes of Salim Malik and Ata-Ur-Rehman were found guilty. The commission on its report stated then that there was no hard evidence against Akram, and hence gave him the benefit of doubt.

Though the biography is not out yet, it is expected that Akram has written in length about what really transpired. It is a perfect teaser before the books hits the book stores in next few weeks.

But, with the kind of career, Akram has had on the field, the biography will include several on field moments. Top of that list would be Pakistan’s historic triumph in the 1992 Cricket World Cup.

The book also talks about one of the finest Pakistan captain Imran Khan as well. It is under his reign Pakistan reigned world champions as well. 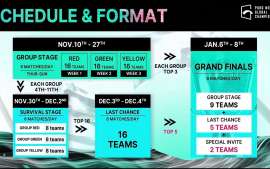