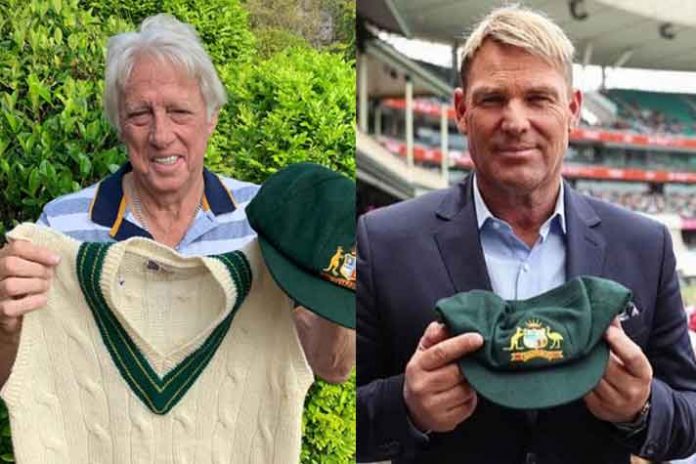 Following Warne’s initiative, another Australian cricket legend Jeff Thomson too has put his priced cricketing possessions under the hammer to help the bushfire victims.

The spin wizard has earlier put his highly revered Baggy Green under the hammer and the bidding process which started on January 8 has broken the internet ever since.

“This is to all my friends and fan in India, you may have heard about the Australian bushfires and the devastating impact that they’ve had on Australian lives and the environment. We here in Australia could do with a bit of help from our friends in India,” the 50-year-old Victorian has told Mumbai Mirror.

The leggie put up the treasured item for auction and is the cap the spinner wore throughout his 145-match Test career for Australia, in which he took 708 wickets. The massive devastation caused by the bushfires in Australia has sent shockwaves globally. From Australian tennis players to cricketers and celebrities, many have announced measures to raise funds for those affected.

Wow ! Absolutely blown away. Thankyou so much ❤️ pic.twitter.com/t2HKhNvB3U

Another former Australian great, tearaway fast bowler Jeff Thomson has also decided to auction his precious ‘Baggy Green’ cap and cricket vest to raise funds for the victims of the bushfire crisis Down Under. The two items will go under the hammer through Lloyds Auctions Bushfire Relief Auction.

“I don’t have much of my memorabilia left, so these two items are quite rare and special,” Thomson was quoted as saying by cricket.com.au. “It’s hard to say what these pieces may go for, but I just hope that they can raise some decent funds that will really make a difference for all of those in need right now,” he added.

Thomson played in an era where Australia’s Test cricketers were given a cap at the start of every series or tour, rather than the one cap each cricketer keeps for life.

Thomson joins a growing list of cricketers, who are raising money for the bushfire victims. Australian players Chris Lynn, Glenn Maxwell and D’Arcy Short said they will donate AUD 250 each for every six they hit in the ongoing Big Bash League (BBL) to support bushfire victims.

Australia is experiencing an unprecedented bushfire crisis. The fires have shocked the world and prompted an outpouring of support from celebrities, athletes and leaders around the world.