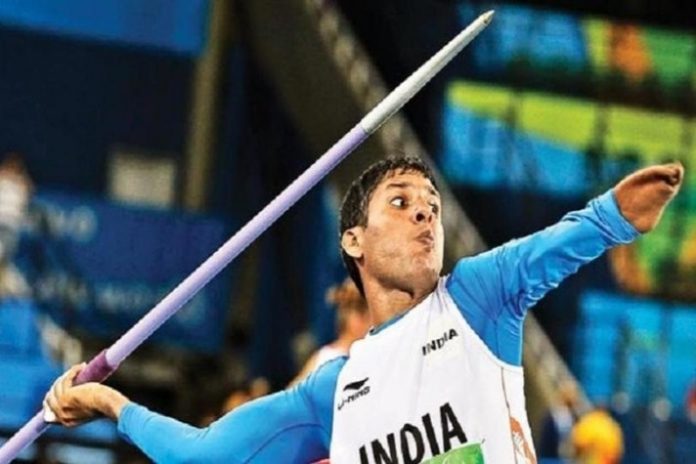 Javelin thrower Devendra Jhajharia on Thursday dispelled all rumours of retirement and said he has his eyes set on a hat-trick of world records at the 2020 Tokyo Paralympics.

The 38-year-old javelin thrower won a gold at the 2004 Athens Paralympic Games in the men’s javelin throw F46 event setting a new world record of 62.15 metres.

He then repeated the feat 12 years later at the 2016 Rio edition bettering his own world record with a throw of 63.97 metres. He became the first Indian to clinch two gold medals at the Paralympics.

“I have qualified for the Tokyo Paralympics and I hope I can break my own world record,” Jhajharia told PTI on the sidelines of an event.

A recurring shoulder injury troubled him for more than a year and a half, even forcing him to consider retirement. He returned empty handed from the the Asian Para Games in 2018.

However, after discussions with his coaches, family and friends Jhajharia decided to soldier on.

The Rajasthan-born para athlete has since worked hard on his fitness.

“I am not thinking about retirement at all now. I am completely fit. I have worked hard and lost eight kgs. Now I just have to fight and win in Tokyo,” he said.

The 38-year-old Jhajharia believes Indian para athletes will bring back the best ever medal haul in the Paralympics this year.

“Everyone is doing well. Tokyo will our be our best performance till now,” Jhajharia said.

Talking about the growth of para sports in the country, Jhajharia said he has seen a lot of change in Indian para sports in terms of funding and infrastructure but there is no substitute of hard work.

“I consider myself lucky that I have seen all the circumstances. I have witnessed a time when we paid for everything ourselves and I won a Paralympic medal and I have also seen the time when I won the medal after coming into the TOPS scheme,” he said.

“When I didn’t have money, facilities, then also I worked hard and today also I work hard.”