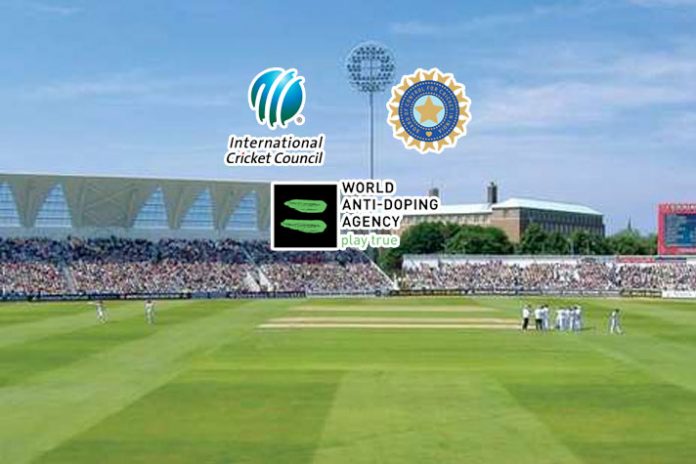 A conflict between the World Anti-Doping Agency (WADA) and the International Cricket Council (ICC) may potentially block cricket’s return to the Asian Games and keep the sport out of the Commonwealth Games fold, too.

The cash-rich Indian cricket board is reported to be in the centre of the dispute.

WADA has warned the ICC to complete all anti-doping compliances by May this year to avoid the “non-compliant” sports body’s tag, national daily Times of India has reported.

The “non-compliant” tag by WADA will force cricket out of all the future Olympic movement competitions – the Olympic Games, Asian Games or the Commonwealth Games. Cricket features among the competitive sports for the 2022 Hangzhou Asian Games. The sport was dropped from the 2018 Jakarta-Palembang edition after having been played at the 2010 and 2014 Asiad in Guangzhou and Incheon respectively.

The problem revolves around Board of Control for Cricket in India’s resistance to the Indian National Anti-Doping Agency NADA’s compliances. The ICC has flagged up the BCCI-NADA issue as a “matter of urgency”, the paper has reported.

“The ICC is fighting together with the BCCI on this issue. The BCCI’s stand is that it doesn’t trust NADA,” the national daily has quoted a source. ICC chairman, CEO and legal head will meet the BCCI’s Committee of Administrators (COA) to discuss and resolve the matter.

The BCCI had earlier made its lack of trust in NADA’S operation clear to the ICC and WADA. It had cited recent goof-ups by NADA and even asked WADA to suggest a different testing agency.

Since last year, WADA has been put pressure on the ICC to bring BCCI under NADA. However, the BCCI instead is preferring an independent private agency (IDTM) to conduct dope tests according to WADA norms. The ICC is compliant with WADA while the BCCI – while refusing compliance with NADA – has maintained that the board is compliant with WADA as it is a full member of the ICC. To support its claim, the BCCI has said that it is not a national sports federation. The ICC’s ambitions to popularize cricket hinges on the inclusion of the sport in the Olympics and Asian Games.

However, the BCCI’s stance on its stand on anti-doping policy and reluctance to come under the ambit of a government-run agency has put the ICC on a sticky wicket with WADA.

The final decision in this case may lie with the members of the BCCI.