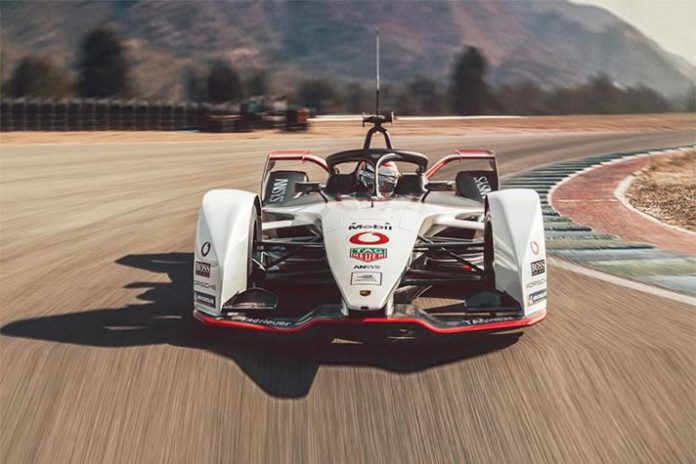 Vodafone Group will be the official communication partner of Porsche Motorsport as the automobile manufacturer enters the 2019/2020 ABB FIA Formula E Championship.

As part of the deal, Vodafone branding will be visible on the first all-electric racing cars in Porsche’s history, as well as the drivers’ uniforms, when the team makes its debut in November 2019.

Ahmed Essam, Chief Commercial Officer of Vodafone Group, said: “There’s a natural alignment for Vodafone with Formula E, a next generation, technology driven sport that appeals to a broad and ever-growing audience and that has concern for the planet at its heart. We have a very positive working relationship with Porsche and together we’ll look to break boundaries in vehicle technology.”

Fritz Enzinger, Vice President Porsche Motorsport, said: “Vodafone has been a long-term partner of Porsche Motorsport and is helping us to develop both racing and street vehicle technology. We know Vodafone strongly believes in the innovative mission of Formula E and we are thrilled to have them by our side as Porsche Motorsport enters this new racing class.”

In addition to the partnership in Formula E, there will be a collaboration between Porsche Motorsport and Vodafone in eSports in the near future.

Formula E is the first fully-electric international single-seater racing series in which cars zoom at more than 200 km per h our with zero emissions along the streets of 12 major cities across four continents.

Porsche was Vodafone’s first connected car customer and the companies have worked together in recent years to add a number of features to high end models including: locking and unlocking via a mobile phone app; vehicle location tracking as an anti-theft service; and proactive preventative maintenance through monitoring car functions like fuel, oil pressure and tyre pressure.

Vodafone’s sponsorship of the Porsche Formula E Team also builds on a successful six year partnership between the brands in manufacturer prototype racing, which yielded three overall victories in the Le Mans 24 Hours as well as three World Championship titles in the World Endurance Championships.