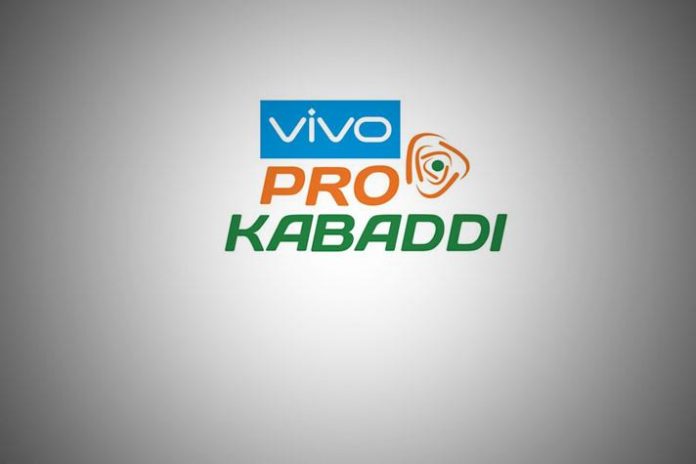 Mashal Sports Pvt. Ltd., Wrestling Federation of India’s commercial partners, have announced that the 6th season of VIVO Pro Kabaddi League 2018 will begin on Friday, 5th  October 2018 and the finals would be held on 5th January 2019.

The league will continue on its existing format and will go on for a duration of 13 weeks. In Season V, the league scaled unprecedented heights having expanded from 8 teams to 12 teams and conducting 138 matches over a duration of 13 weeks, touching new highs in terms of viewership records. It was viewed by 313 million viewers with a watch time of 100 billion minutes, with the finals of season V becoming the most viewed non-cricket sporting event on Indian Television.

Anupam Goswami, League Commissioner, VIVO Pro Kabaddi said, “The change of window for the League from the usual July-October cycle has been actioned to ensure full availability of top players from India and overseas, given the 2018 Asian Games. This window also allows the teams and fans to capitalize on the opportunities afforded by the festive season. The whole League ecosystem is geared to provide the highest standard Kabaddi experience for fans in Season VI.”

Dr. Mridul Bhadauria, President, AKFI said, “The VIVO Pro Kabaddi League has catalyzed the growth and popularity of Kabaddi in our country since its inception in 2014 and we at the Federation eagerly await the onset of Season VI. VIVO Pro Kabaddi has established itself as a highly competitive league and we only expect the competition to get better year on year. We wish the franchises the very best and look forward to the best of Kabaddi”

VIVO Pro Kabaddi became the biggest domestic sports league in its fifth and most successful season till date. Season VI promises to be even more action-packed, offering nail-biting Kabaddi matches for fans across the country. Fans can catch the VIVO Pro Kabaddi Season VI action in stadiums, on the Star Sports Network and Hotstar as per the schedule to be announced.

Vivo PKL Season VI auction in Mumbai in June has seen six rupees one crore plus salary contracts, with Haryana’s Monu Goyat getting a deal of ₹ 1.51 crore from the PKL franchisee from his State – Haryana Steelers.

Mashal Sports is the rights owner and organizer of VIVO Pro Kabaddi League. VIVO Pro Kabaddi league 2018 was launched in 2014 and is already among the foremost sports leagues in the country; for participant teams, the tenure of the tournament, television viewership, and passionate fans among men, women, and children from all parts of our country. Through VIVO Pro Kabaddi, as well as other significant initiatives, Mashal has achieved path-breaking success in reinvigorating Kabaddi to a modern world-class sport from India.