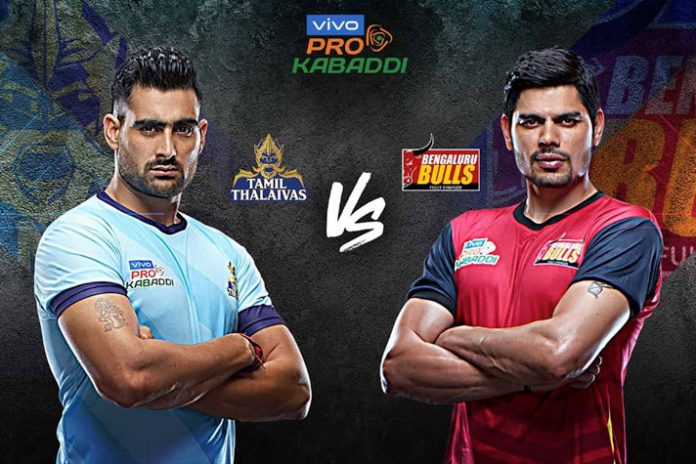 Tamil Thalaivas begin their home leg in VIVO Pro Kabaddi Season 7 with a clash against reigning champions Bengaluru Bulls at the Jawaharlal Nehru Indoor Stadium in Chennai on Saturday. The home side is unbeaten in their last three games and will be confident about making a positive start to their home leg. Bengaluru Bulls, on the other hand, will be looking to turn things around after having fallen short in both their previous games.