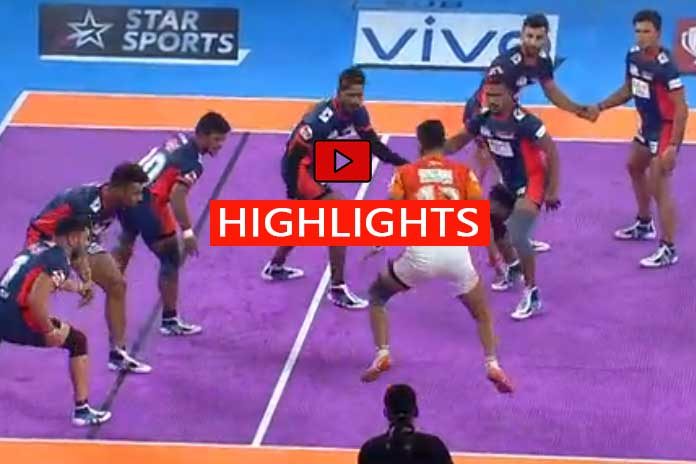 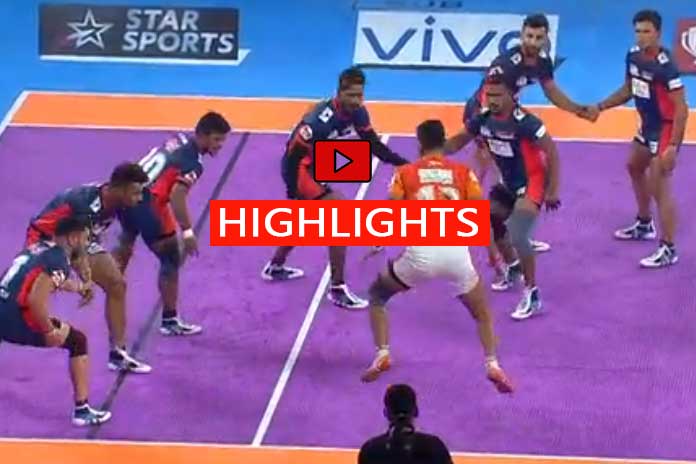 Maninder Singh was the chief architect of Warriors’ win as he scored 14 raid points and got able support from Mohammed Nabibakhsh who chipped in with 8 crucial raid points.

For Puneri Paltan, Girish Ernak scored three tackle points and Pankaj Mohite top scored with 6 points but Bengal Warriors had an answer to everything their opponents threw at them.

Bengal Warriors made the best start possible as Maninder Singh made a super raid to give them a 4-1 lead. Puneri Paltan recovered from the early onslaught and forced a super tackle in the 5th minute to trail 4-5. The next few minutes was all about Bengal Warriors as they scored seven straight points, including an all out, to lead 11-4.

Pankaj Mohite picked up two quick raid points for Puneri Paltan as they trailed 7-13 after 14 minutes. Maninder Singh produced another super raid in the 15th minute to give Bengal Warriors a 16-7 lead.

Bengal Warriors ended the first half on a high as they led 18-9 at the break.

Bengal Warriors began the second half in an emphatic manner as they inflicted an all out in the 24th minute to lead 24-11. Maninder Singh completed his Super 10 in the second half as he continued to hurt Puneri Paltan.

Mohammed Nabibakhsh produced a terrific Super Raid in the 29th minute as Bengal Warriors inflicted another all out to lead 33-11.

Puneri Paltan were down and out by this time and Bengal Warriors continued to pile the points. Rinku Narwal achieved a High 5 and also reached the 50 tackle points landmark in Pro Kabaddi League.

Pankaj Mohite scored with a two-point raid in the 33rd minute as Puneri Paltan trailed 16-37.

Bengal Warriors took their foot off the pedal as Pankaj Mohite picked up a slew of raid points to reduce the margin of defeat.

Bengal Warriors forced a super tackle in the 37th minute to lead 40-19.

Bengal Warriors picked up a couple of more points in the last two minutes and emerged victorious in the end.