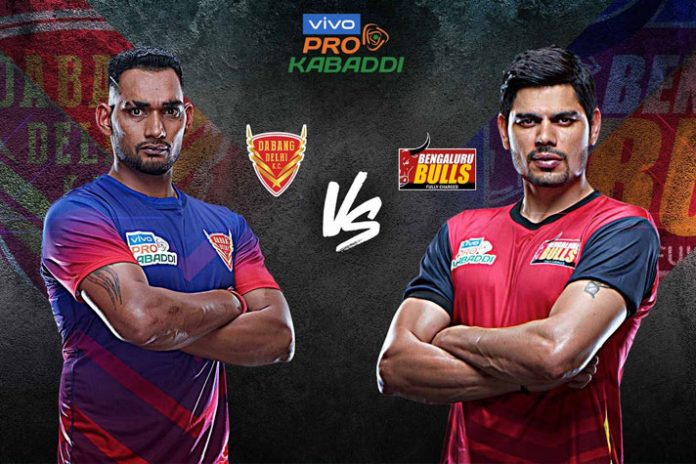 Dabang Delhi K.C. begin their home leg at the Thyagaraj Sports Complex in Delhi on Saturday with a mouth-watering clash against Bengaluru Bulls. The hosts have lost just once this season and are well-placed to make the Playoffs. A win against Bengaluru Bulls will see Dabang Delhi K.C. stay above the southerners in the Season 7 standings. However, that will be easier said than done against the reigning champions, who will be looking to make amends after a loss in their last outing.