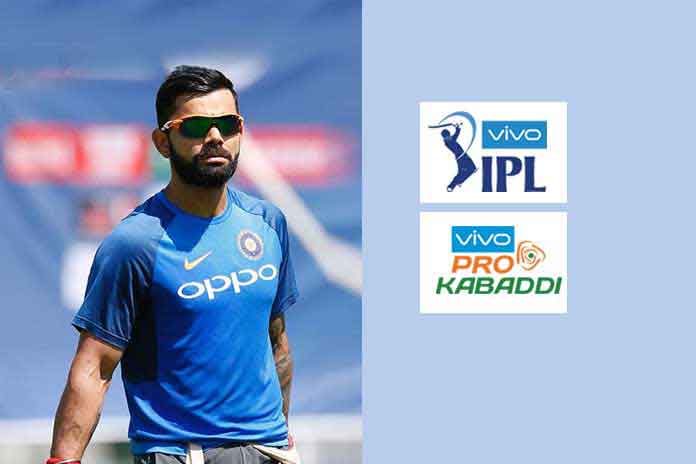 Vivo and Oppo have reaped rich harvest from their cricket and kabaddi investments, placing their parent company – China’s BBK Electronics Corporation – as the No. 2 smartphone seller in the Indian market.

Market gurus and sports sponsorship pundits were taken by surprise when the two BBK Electronics Corporation smartphone brands – Vivo and Oppo – had collectively committed an unprecedented ₹ 3,578 crores in three sponsorship deals in a span of four months. The three commitments for over the next five years had taken the analysts aback for the fact that each winning bid was over several 100% over the previous values, was much higher than the second-placed bid and the top two bids were either Vivo or Oppo.

Oppo in March 2017 had committed ₹ 1,079 crores for the Indian national cricket team sponsorship. The second nearest bidder Vivo had offered ₹ 768 crores. The successful bid meant ₹ 4.61 crores for each bilateral match and ₹ 3.34 crore for the each ICC game as against ₹ 1.92 crores and ₹ 61 lakh respectively paid by incumbent Star India, who did not even join the bidding process.

The Pro Kabaddi title, not sold for the first four season, was retained by “league owners” Star Sports (the Pro Kabaddi major stake is owned by a Star Sports subsidiary Mashal Sports). For the next five seasons Vivo had pledged ₹ 300 crores, @ ₹ 60 crores per annum the biggest non-cricket sponsorship deal in the country. Bigger than the Indian Super League title sponsorship.

In June, Vivo again grabbed headlines and imagination of the market with a ₹2,099 successful bid to retain the Indian Premier League title sponsorship over the next five years. This was a 554% rise in the annual values the brand paid for the same rights in the previous two years. Even as the sources had confirmed the deal value to InsideSport.co several hours before the formal announcement, editorial wisdom subdued the courage to publish the news. Oppo with ₹ 1,430 crores was the next best bidder.

Observers and analysts were surprised over the extremely aggressive marketing approach of the two BBK Group companies, who in the Indian market are also fierce rivals.

A year later, BBK Electronics India results have laid all doubts to rest. The two companies in the financial year 2017-2018 have reportedly netted a combined revenue of ₹ 23,173 crores, placing their parent group on the second position behind the Indian smartphone market leader Samsung (₹34,261 crore). The figures, published by Economic Times, are based on the companies’ submissions for the regulatory compliances.

The ₹ 710 crores (approximately) Vivo and Oppo are collectively paying on the premium sponsorship deals in cricket and kabaddi will amount to a little over 3% of their total turnover during the period. Goes without saying, these Chinese smartphone brands are doing a smart business in India.