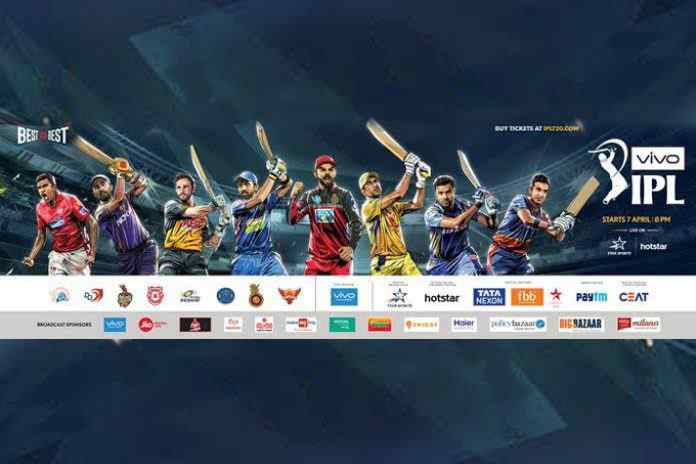 The opening game of the VIVO IPL 2018 tournament broadcast across the Star Network and live streamed on Hotstar has recorded the highest ever viewership in the history of the tournament. The inaugural match of the 11th season played between the Mumbai Indians and the Chennai Super Kings registered a blockbuster viewership on television of 6,355,000 impressions (India Urban, Males 15+AB) which translates to a 7.21 rating percentage (India Urban, Males 15+AB) on the Star Network.

On Hotstar, the platform posted some of the largest numbers ever with a 42 million reach on opening day which was 2.3x of last year. This record has since then been surpassed on Tuesday, April 10th, by the CSK vs KKR game setting a new global record in sports viewership on digital with 5.5 million simultaneous viewers. In fact, if Hotstar were a television channel, the rating on the opening game would have an approximate average television percentage rating of 3.1.

Sanjay Gupta, Managing Director, Star India, said, “When we reimagined the VIVO IPL 2018, we were confident our immersive, multi-lingual, interactive and technology-driven presentation across TV and Digital would resonate strongly with IPL fans across India. We are pleased with the initial record-breaking numbers, which indicate that all the innovations this year have resonated with fans. As the tournament progresses, we look forward to delivering even greater all-round value to all stakeholders.”

Rahul Johri, Chief Executive Officer, Board of Control for Cricket in India (BCCI), said, “The VIVO Indian Premier League has once again proven that it is the largest media property in this country. This is IPL’s first year of partnership with Star India and I am delighted to see with the innovations that we have introduced, viewership has set new records and the tournament is set to reach a wider audience globally than ever before. It’s setting up to be a great tournament with some fantastic cricketing action for the fans who can enjoy the games in 6 languages, live across TV and Digital for the first time. As always, we are seeing a tremendous response from both stadiums and fan parks and the atmosphere across the country has been very encouraging.”

For the first time, Vivo IPL 2018 is connecting with many Indians in their relevant language – six different languages, Hindi, English, Tamil, Telugu, Kannada, and Bengali. By leveraging the combined reach of digital and television the tournament will be broadcast, for the first time ever, on 10 TV channels and live streamed on Hotstar with an aim to reach out to more fans across TV and digital in India than ever before.

IPL is one of the first few leagues in the world to have used virtual reality to bring live action from the stadium to the fans at home. This immersive VR experience will make it possible for fans to come closer to the high-octane matches from the comfort of their homes. Along with dedicated language feeds, the network also has the Star Sports Select feed, #SelectDugout, which is a bespoke offering for the ardent cricket fan who likes to stay ahead of the game, too received a positive response from fans who appreciated the presence of legends and the quality of analysis and its overall presentation available across cable, DTH.