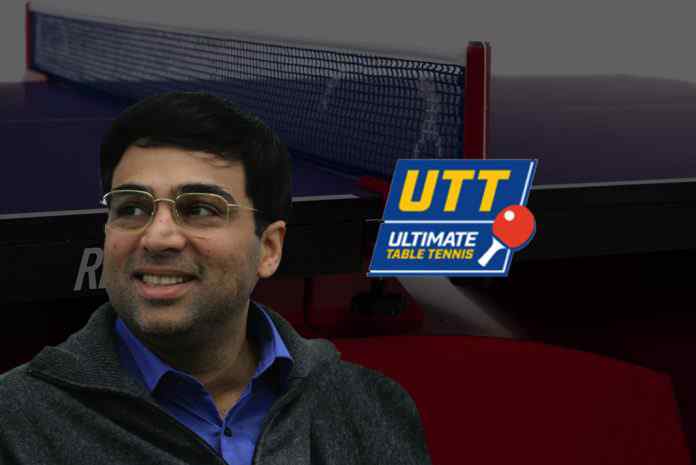 India’s Chess Grandmaster and former World champion Viswanathan Anand will unveil the winner’s trophy of CEAT UTT along with league promoters Vita Dani and Niraj Bajaj. One of India’s most celebrated sportsmen, Vishy as he is fondly known, will then meet & greet all teams participating in the CEAT UTT before the first tie between RP-SG Mavericks and Falcons TTC at Nehru Indoor Stadium on July 13, 2017 at Nehru Indoor Stadium.

The inaugural edition of CEAT UTT will see men’s World No. 8 Wong Chun Ting representing DHFL Maharashtra United while the top ranked women player in the league would be Han Ying of Germany representing Shazè Challengers. The league will be played in an interesting format where each team will play nine matches in a Tie with each match comprising 3 Games. Consequently, each Tie shall comprise 27 Games. Each game shall have players competing with each other to score 11 points first, meaning in the event that scores are level at 10-all then the 11th point will be a Golden Point and shall decide the winner. Whichever individual/pair scores 11 points and is termed as the winner of each Game shall receive one point towards the Team’s total for each such game that is won. The winning team in a Tie shall be decided by the number of total games won i.e. total points won in the relevant Tie. The Team that wins 14 or more Games out of the 27 Games shall be the Winner of that respective Tie. The top four Teams from the League Table will qualify for the Play-Off Ties. The Play-Off Ties will comprise two semi-finals. The victorious Team from each of the semi-finals shall compete in the Final to determine the UTT champions for the inaugural season. 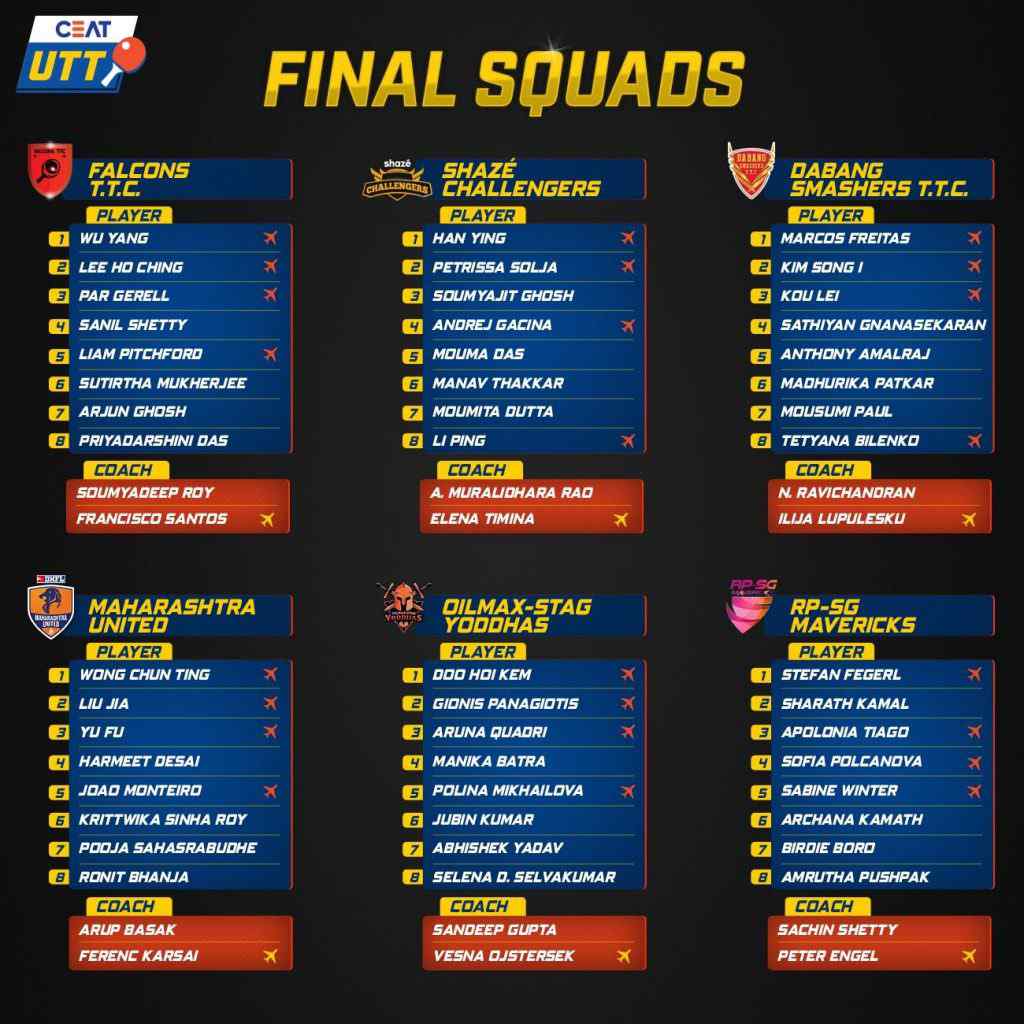 Each franchise will comprise of a combination of overseas and Indian players- four men and four women, along with one Indian and one International Coach each.The league will be broadcast live on Star Sports Select 2 HD, Star Sports Select 2, Hotstar and JioTV starting 7:30 pm onwards.